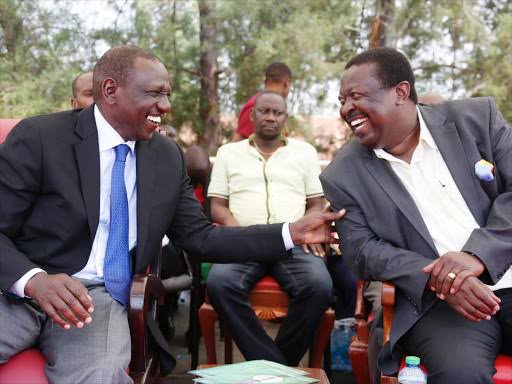 Deputy president William Ruto has been accused of having a hand in the fallout between One Kenya Alliance members ahead of official ratification of their coalition.

According to fresh details, deputy president William Ruto has been using the divide and rule tactic to separate the One Kenya Alliance members leading to their fall out.

It has already been alleged that he has been meeting sone of the leaders of the alliance at night and this has led to the mix-up that is already being experienced in OKA lately. 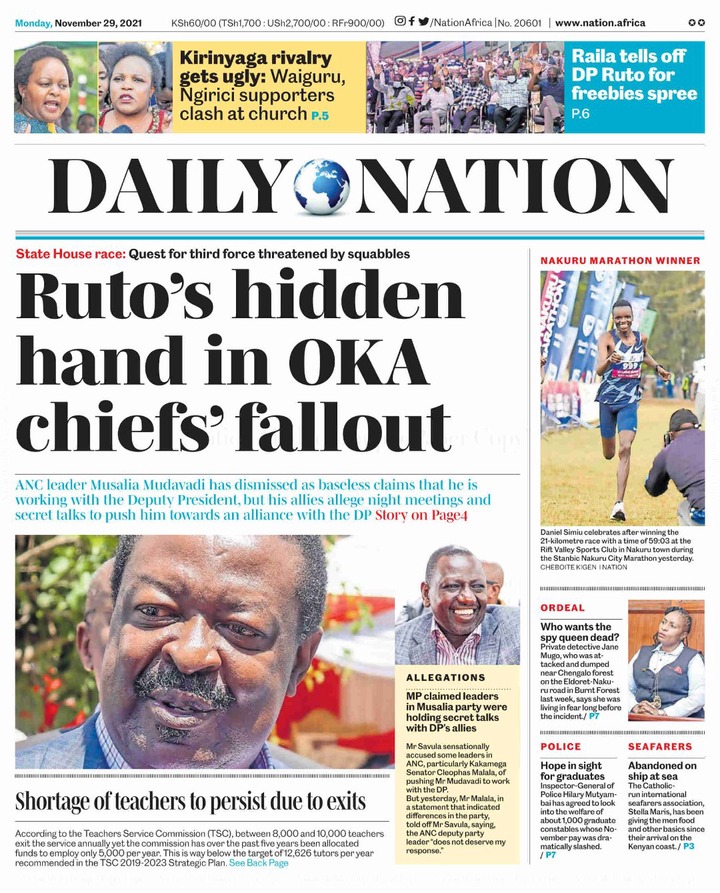 Among those accused of trying to have sone leaders within the alliance join deputy president William Ruto in firming a new alliance is Musalia Mudavadi of the Amani National Congress.

On Sunday, Lugari MP Ayub Savula, who is also the ANC deputy party leader, insisted Musalia will pursue his 2022 political plans within Oka.

He dismissed talk of working with Ruto as “cheap politics”. “It is a perception being perpetuated by some politicians we know who are working at the behest of some forces after receiving regular tokens; for us as ANC, we are in Oka to stay,” Savula said.

Place These Matches and Win Handsomely(273odds).

Breaking news: Today big Epl Game Postponed due to Covid Cases and Injuries in their Squad