Raila Cannot beat Ruto in any Political contest, This is The Only Candidate Who Can Vanquish The DP 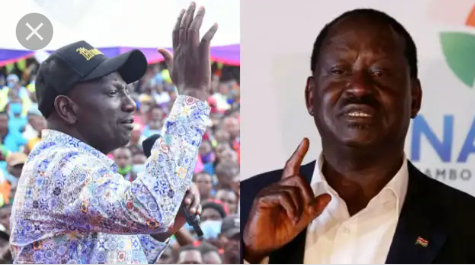 On Saturday, Savula, who is also the Deputy Party Leader of the Amani National Congress (ANC), stated that if NASA settles on Raila, they will lose the election to Deputy President William Ruto.

According to Savula, the only NASA candidate who can compete with Ruto is Amani National Congress (ANC) party leader Musalia Mudavadi.

He also stated that Raila Odinga has only one bullet left in his political arsenal and, as a result, cannot defeat Ruto in the upcoming general elections, and that only Musalia Mudavadi can revive Kenya's economy.

What Happens After NASA Has Been Dissolved