Twists in the Bungoma contest involving Wetang'ula and Wamalwa appear.

By Komen2 (self media writer) | 7 months ago

The apparent frontrunners in the race for governor of Bungoma are current Governor Wycliffe Wangamati and departing Senate Speaker Kenneth Lusaka. Wangamati is attempting to maintain her position on the Democratic Action Party-Kenya in the Azimio-One Kenya Coalition, while Lusaka contests on Ford Kenya in the Kenya Kwanza Alliance. 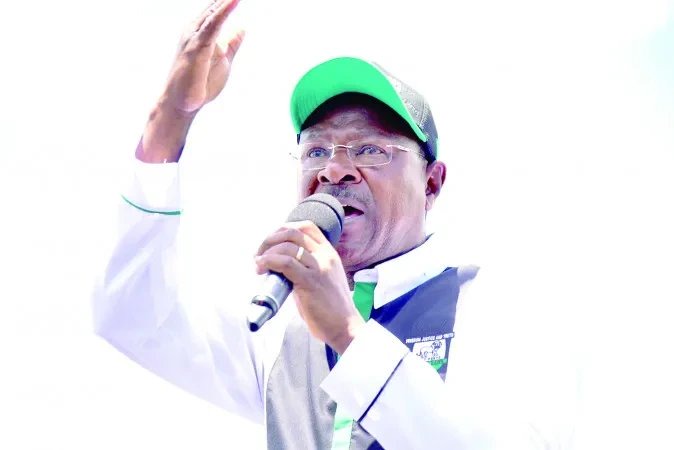 The other two candidates are businessman Zacharia Barasa of the United Democratic Party (UDP) and unknown Martin Ndiwa of the National Vision Party. The four candidates will vie for the 646,603 votes available in the predominantly Bukusu sub-tribal county. The Tachonis, Tesos, and Sabaots are further ethnic groups on Mount Elgon.

According to the 2019 Kenya National Bureau of Statistics census, Bungoma is home to more than 1.6 million individuals. Currently, the country is the epicenter of a terrible war between the two major coalitions, Azimio and Kenya Kwanza.

The campaign is rapidly resembling the long conflict between Moses Wetangula, the leader of Ford Kenya, and Eugene Wamalwa, the cabinet secretary for devolution in Kenya.

Lusaka, who was backed by Wamalwa, was defeated in 2017 by Wangamati, who was running for Ford Kenya under NASA and was supported by Wetangula.

After a disagreement with Wangamati, Wetangula moved to Lusaka. Wetangula is credited with Wangamati's entry into the political arena. Wamalwa, the current chief campaigner for Wangamati, also had a dispute with Lusaka.

They separated when he accused the governor of instigating a coup within his party.

Wangamati defeated Lusaka by 20,000 votes, and the Senate Speaker now appears to have the support of Wetangula's supporters who abstained from voting for him in 2017.