By Clphotos (self media writer) | 1 month ago

Justus Nyang'aya, an IEBC commissioner who was one of the four commissioners who rejected the official Presidential results, resigned today. He resigned after President William Ruto made it clear that he had suspended them on the advice of the National Assembly's Committee on Justice and Legal Affairs. It is with a heavy heart that I tender my resignation as a commissioner of the IEBC effective today (Friday)," Justus wrote in a letter to the President, as reported by the Star. Following the contested Presidential elections on August 9, Justus Nyang'aya and the other three IEBC Commissioners, who were accused of attempting to change the will of the people, have been used as scapegoats.

According to Justus, he made the decision to leave his position because he believed that the interests of the nation came before personal interests.

Justus has expressed his sincere gratitude for the opportunity to serve his country in the capacity for which he was ordained. The fate of the four commissioners is yet to be pronounced but they will have to face the law as depicted by President William Ruto. 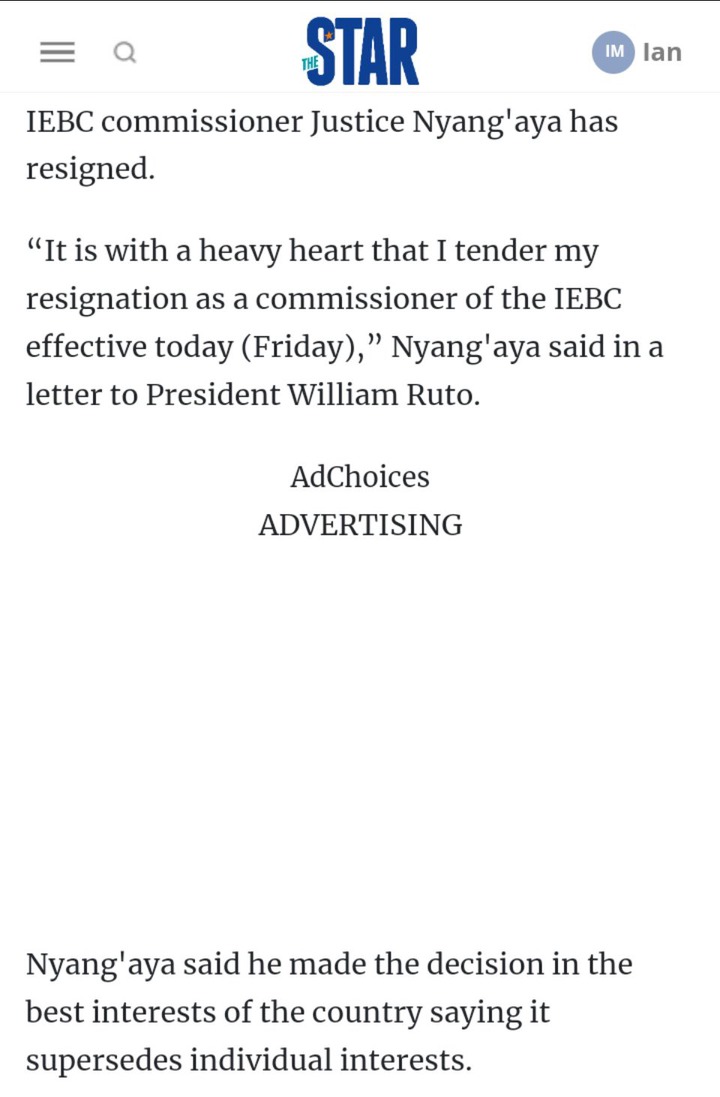 Content created and supplied by: Clphotos (via Opera News )