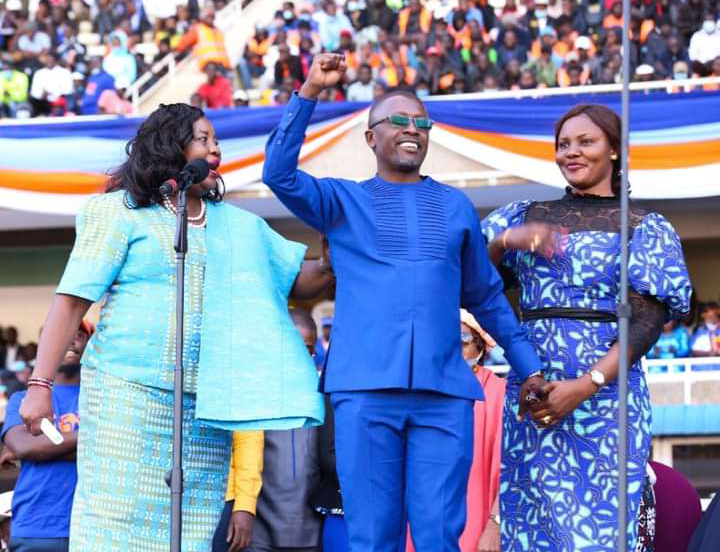 Former prime minister Raila Odinga's Nephew Jaoko Oburu has bowed out of Langata Parliamentary Race, a sudden U-turn that will reshape the race that has attracted a number of individuals including media personality Felix Odiwuor alias Jalango.

Jaoko made the sudden announcement after holding a meeting with a number of youths allied to Raila Odinga.

According to Jaoko, he has quit the race to help his uncle Raila Odinga to clinch the presidency, he revealed that he will focus in Campaigning for the former prime minister until he wins.

“I appreciate all the encouragement for me to throw my hat into the ring for the Lang’ata parliamentary seat. At this point however, I’m focused on helping Baba to become the fifth president of the Republic of Kenya,” Jaoko said in a statement.

His entry into the race had elicited mixed reaction with many claiming that Raila's family was positioning itself to dominate Kenya's politics. His father too is eyeing Siaya Senatorial Seat.

The battle for ODM ticket will now be between Jalango, former Raila's aide Jakakimba, and 2017 ODM aspirant Oscar Omoke. The incumbent Nixon Korir will also defend her seat on UDA.