By RobertOnsongo (self media writer) | 5 months ago

You all know Exray as a famous gengetone artist and the current "Sipangwingwi" hit maker too. He performed in Raila's Azimio la umoja function which was aired in Kasarani Stadium.

Deputy President William Ruto has catalysed mixed reactions to netizens after inviting "Sipangwingwi" artist Exray at his Karen home place. This is barely a week after musician Trio Mio who is featured in the song performed it at Raila Odinga's Azimio La Umoja Convention in Kasarani.

Talking to social media, Exray shared a photo with his excellence the Deputy Commander of the republic of Kenya. On his note, he gave a vote of thanks and appreciating the invitation because it is known to be a golden slight chance that you cannot easily get. 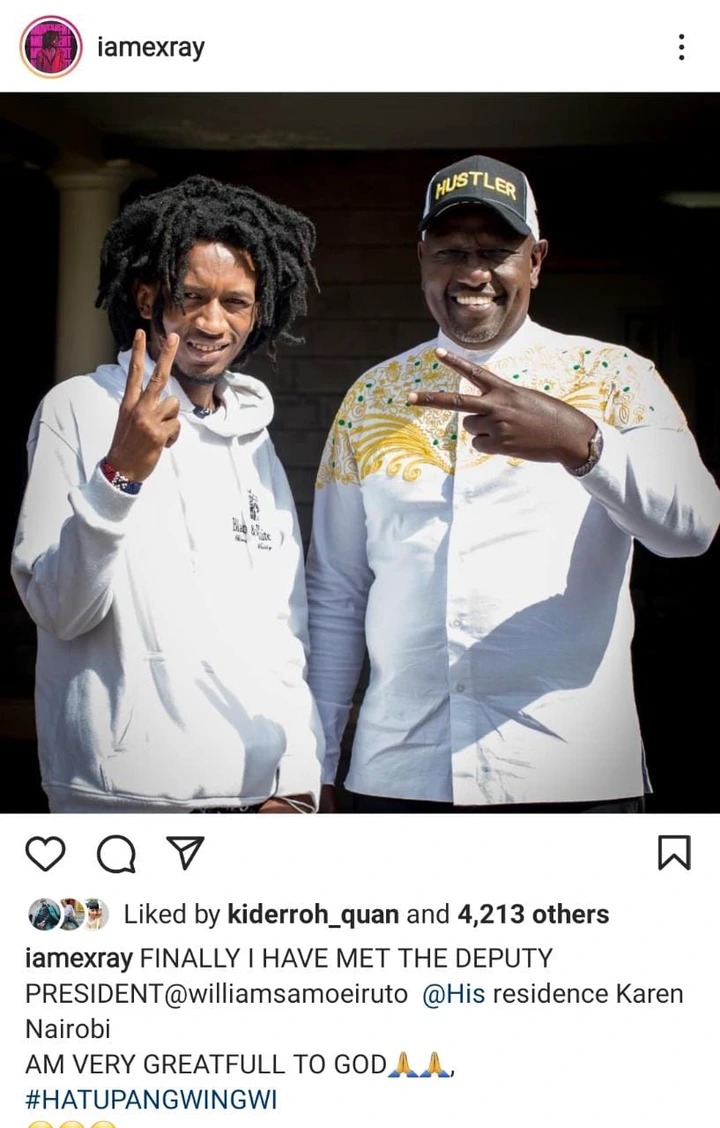 Majority of Kenyans claimed that the DP was smart by trying to revenge on Raila's move of inviting Trio to his event. Another section however hyped the DP affirming that indeed they cannot be endorsed or threatened by anything.

Trio Mio performed the song on Friday, December 10, and a clip of himself claiming that Raila Odinga cannot be finessed by anybody. A reaction from Kenyans commenting that he is being used politically.

Do you think the two political masters are doing the right thing in terms of competition? I guess they should look for different means of competing and not using music artists. Drop your comments and give us your views.

Thank you for reading and don't miss a word from new updates like this by following my channel and sharing the article as much as possible.

Am Not Vying For Any Elective Seat Says Governor Mutua