Hon Raymond Omollo the new Principal Secretary at the powerful State Department for Interior and National Administration today was handed over the official office by his predecessor Hon Karanja Kibicho. The handover marked the end of retired of Karanja Kibicho who was appointed by former president Uhuru Kenyatta’s government. 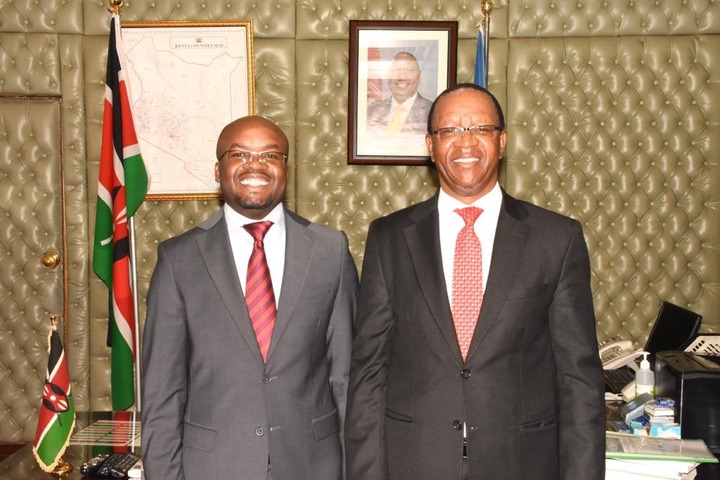 Karanja Kibicho rose through the ranks to wield massive power in the outgoing regime. So powerful was Kibicho in President Uhuru Kenyatta'a government that even William Ruto felt that the PS was a threat to his State House bid. He was accused of commandeering the deep state, that was hell bent to block Ruto. 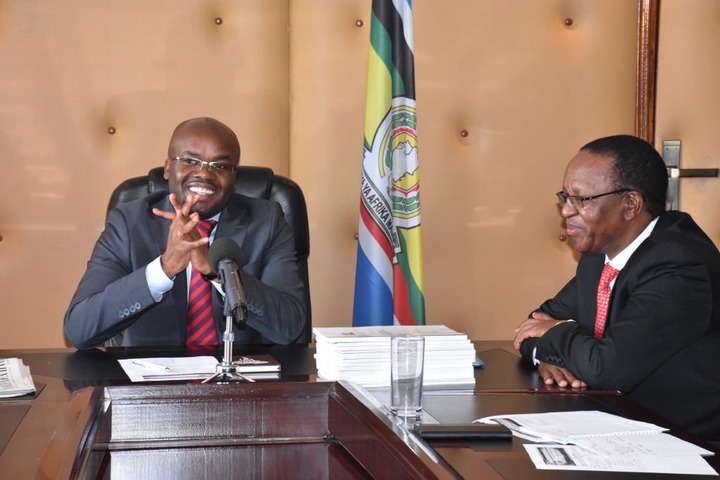 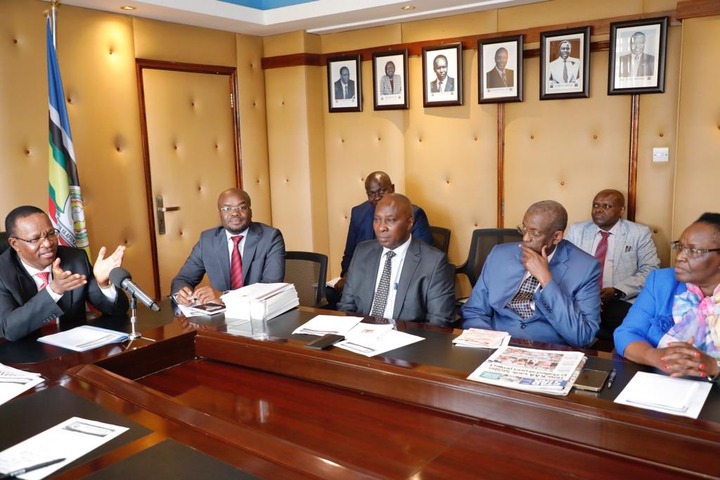 Prior to his appointment in the Ministry of Interior, Dr. Kibicho had served as the Principal Secretary in the Ministry of Foreign Affairs, International Trade and in the Ministry of Industrialization. Kibicho began his career as an assistant factory manager at Kenya Tea Development Authority in 1992. A year later he took a position of a lecturer at Jomo Kenyatta University of Agriculture and Technology. 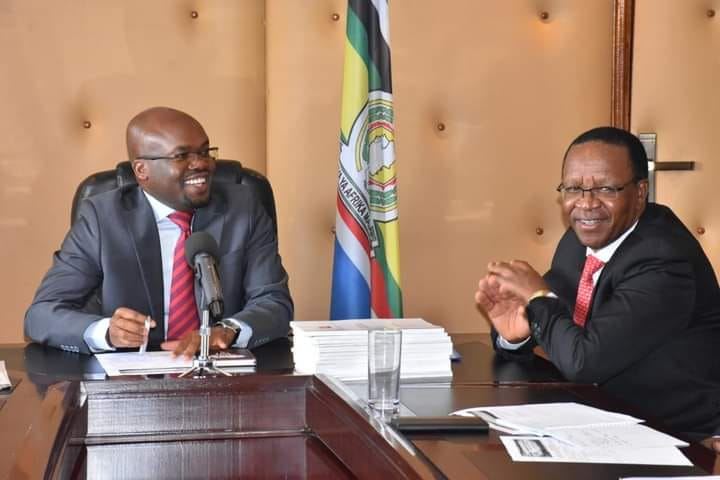 In 2007, he worked as a chairman of mechanical engineering department at the same university and held the position until 2010. In 2007, Karanja became a director at Affinity Ventures Ltd and held it for two years. Then in 2009 he was appointed a director of Green Universe Ventures Ltd.