By CheruiyotJackson (self media writer) | 1 year ago 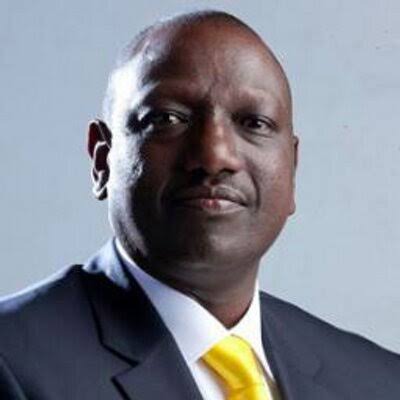 Dr William Samoei Rutto have decided to append his signature in order to mobilize Kenyans to support the proposed changes to the 2010 constitution. Dp Rutto yesterday surprised many when he tweeted that the BBI will address the hustlers needs.In his tweet Deputy President William Rutto showed interest in supporting the BBI as he argued that, the introduction of article 11A in the BBI constitutional bill would help to address the hustlers needs. According to Dr. Rutto BBI will anchor common man's economics for instance the wheelbarrow personnel, mama mboga, boda boda riders, pastoralists stand to benefit from the BBI constitutional bill. The second in command also stated that BBI would address farmers problems as it has set the minimum returns for coffee, tea, sugarcane, milk among other farm products that most Kenyans depends on to earn a living. The second in command change of tune will automatically change the thoughts of many ordinary people who are pro hustler movement particularly the Rift Valley region that is perceived as DP's backyard. Dr. Rutto's change of mind will also make the Tanga Tanga MPs to review their stance on the BBI constitutional bill. Among them is Hon. Kipchumpa Murkomen, the vocal senator who criticized the BBI constitutional bill bearly after the head of state and his counter part ODM leader Railla Amollo Odinga launched the BBI signature drive.

It is expected that the vocal senator will now go along with his boss in drumming up support for the BBI constitutional bill. Earlier on Hon.Murkomen had dismissed the revised BBI on claims that the BBI constitutional bill would overburden the the taxpayers who are already straining due to the impact of coronavirus pandemic and huge debt burden. The vocal senator further argued that the positions created for more members of parliament was needles. He compared Kenya to the United States urgueing that Kenya will have more legislators than the United States if BBI will be passed, despite the fact that Kenya is a small economy that is still developing. In his point of view Kenyan taxpayers would pay unnecessary salaries and renumeration for administration instead of focusing on development projects. In reality his perception would be the right direction for any leader who cares for his people and any body else who is concerned with the well being of the citizens for both the current and the future generations. It will be very ironical and dumb founding if the vocal senator would change his mind and go with that of his boss. It would reflect the reality of our leaders who are mainly concerned with satisfying their seniors leaving the interest of the electorate.

Rutto's change of mind would be very significant in fulfillment of the BBI objective of building brigdes across Kenya as his earlier calls for a consensus seems to have been heard by the head of state after they had a three hour meeting in the state house a few days before the BBI signature drive was launched. The meeting appears to have influenced the introduction of article 11A to the BBI constitutional bill, a section which the second in command boasted that it will help Wanjiku to improve the standard of living.

Content created and supplied by: CheruiyotJackson (via Opera News )