By ElvanisRonoh (self media writer) | 2 months ago 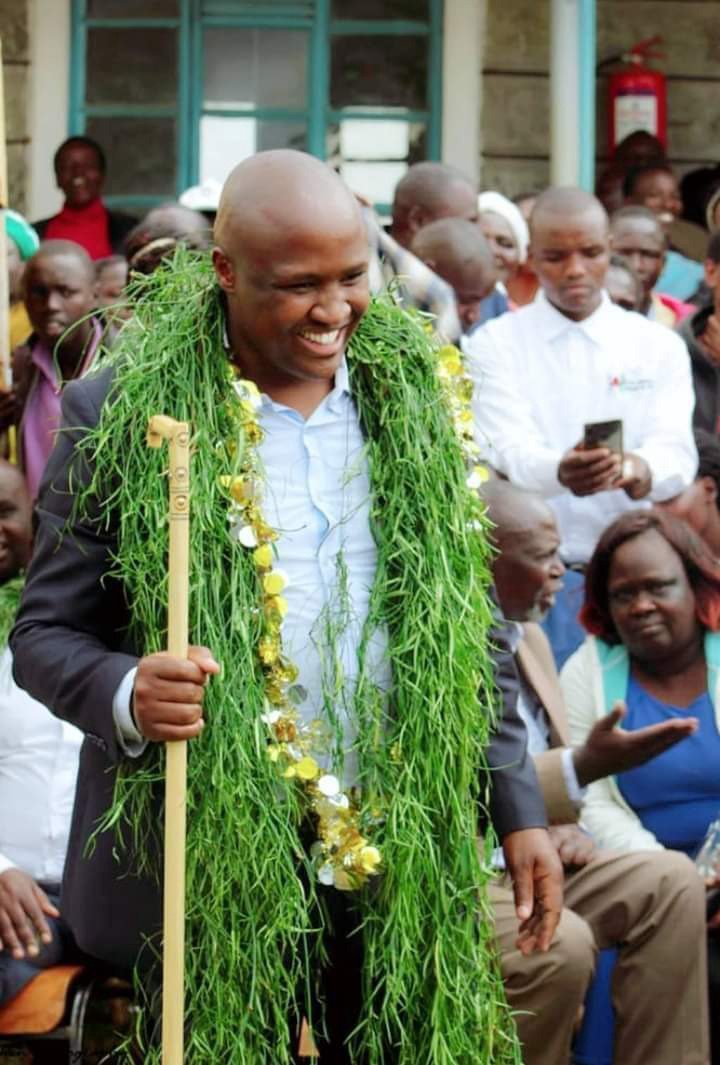 Through his official Facebook page Keter said this is an indication that UDA party not have free and fair nominations.

"Caleb Kositany must be told to stick to Uasin Gishu County and leave us alone in Nandi. The other day, he came to Nandi and endorse a certified thief who has thrown Nandi into dogs and the residents of Nandi became furiously angry of his utterance.

It's time we speak up," said the Nandi Hills member of parliament . 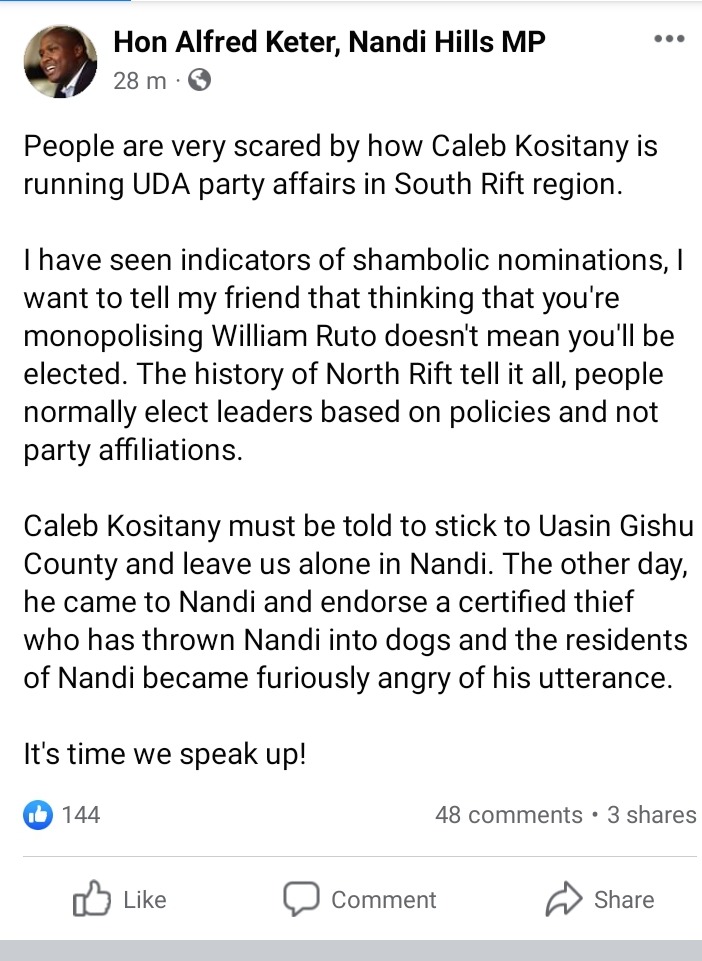 He noted that people are afraid of how he is running the party affairs.

People are very scared by how Caleb Kositany is running UDA party affairs in South Rift region.I have seen indicators of shambolic nominations, I want to tell my friend that thinking that you're monopolising William Ruto doesn't mean you'll be elected. The history of North Rift tell it all, people normally elect leaders based on policies and not party affiliations," he added.

Keter who was elected on a Jubile party ticket is a bif critique of the deputy president William Ruto's presidential bid.

Andrew says "You will be the first one to be kicked out, you have started crying so early na bado. Caleb Kositany is a MUGOMO tree in South and North Rift politics, you will end up shaking your buttocks trying to shake kositany. Fikiseni emeet Kositany. ,"

Mwangi Kariuki wrote "Truth is a bitter pill to swallow,keter you will be hated n called all sorts of names,but be you,"

Jospato says "Style up after all you are not a UDA member so stop criticising Caleb! Stay with your KANU naniii!!!!!!!!!!,"