News In: David Mwaure Allege Plans by Goons to Rig Elections at Bomas on Saturday Night 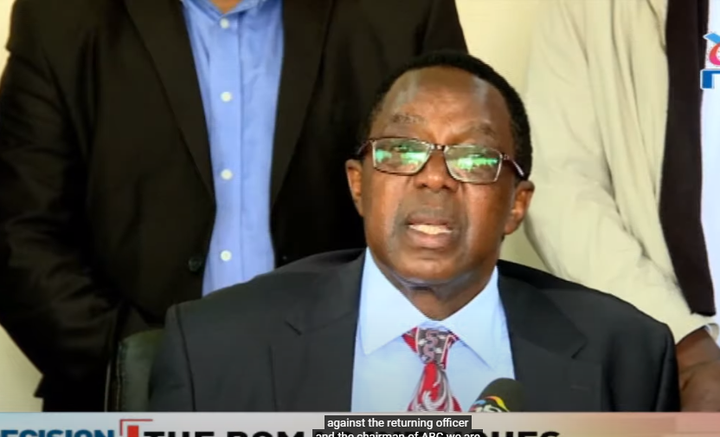 Agano Party Presidential Candidate David Mwaure has claimed that his party has evidence that some Azimio-linked goons tried to interfere with the tallying exercise at Bomas on Saturday 13th.

Addressing the press on Tuesday evening, Mwaure claimed the goons entered Bomas disguised as Election Observers and even had badges.

Mwaure claimed that the Azimio-linked goons made away with a laptop and other materials during the Saturday night's tussles that ensued at Bomas. He said he and his party agents who witnessed the scenario are willing to record a statement on the same

According to Mwaure, the goons managed to access the highly secured tallying center disguised as observers and carrying documents they allegedly got from the Azimio team in a plan to manipulate the presidential outcome.

"Our chief agent and others have evidence of goons who came to the tallying floor on the night of Saturday 13th disguised as observers but working as agents of Azimio. They were carrying with them documents among them forms 34As which they were getting from the Azimio Chief Agent at a corner he was sitting on," he claimed 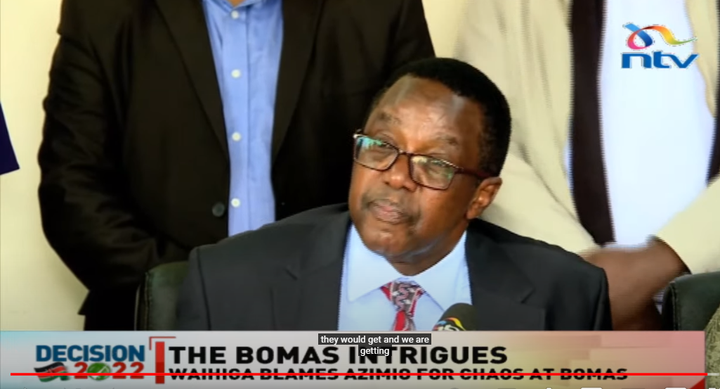 "During a tussle that started that night, among others a computer disappeared. We condemn the acts of violence we saw yesterday that were meted out on the IEBC chairman Mr. Chebukati. We are ready to record a statement with the DCI. We are also ready to be part of team that will oppose any petition filed against Mr William Ruto," he stated. 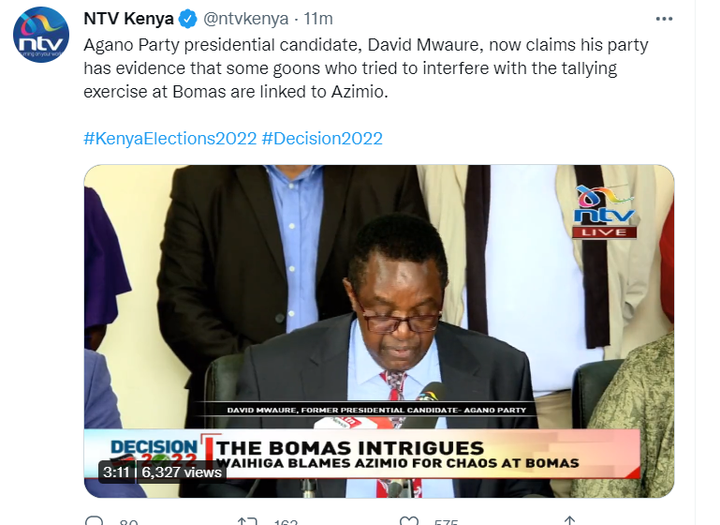 On his part, Agano's chief agent narrated how he witnessed the scuffles and the alleged goons getting into the verification table and threatening verification clerks.

"As we were seated there, we observed people who were disguised as observers. They had official badges but eventually, there were changes of character. They entered into the details of IEBC staff instead of just observing like any other observer. I alerted commissioner Waderi and nothing was done. In the same course, we realized they were targeting particular computers (laptops) in the house," he claimed 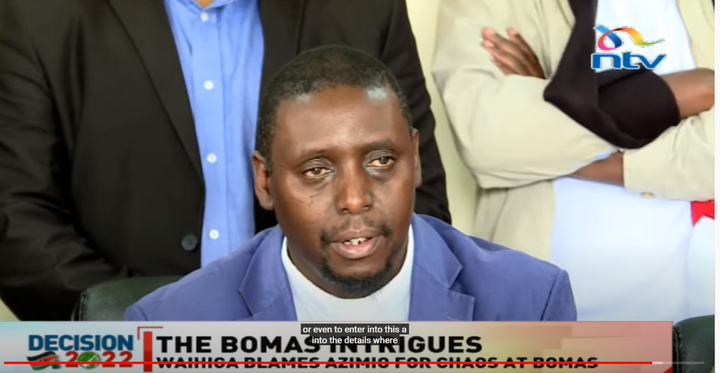 "We later realized the laptops were IEBC materials. I was standing at an adjacent desk and eventually, three Azimio principles came to the desk, and questioned the computers in use and insisted that the computer should be put off the desk and the young IEBC clerk obeyed," added the agent.

Prayer When In Desperate Need

Tourist Attraction Centers In Kenya You Ought To Visit

Video: How Bandits Celebrate After a Successful Raid and Killing, Video Irates Kenyans