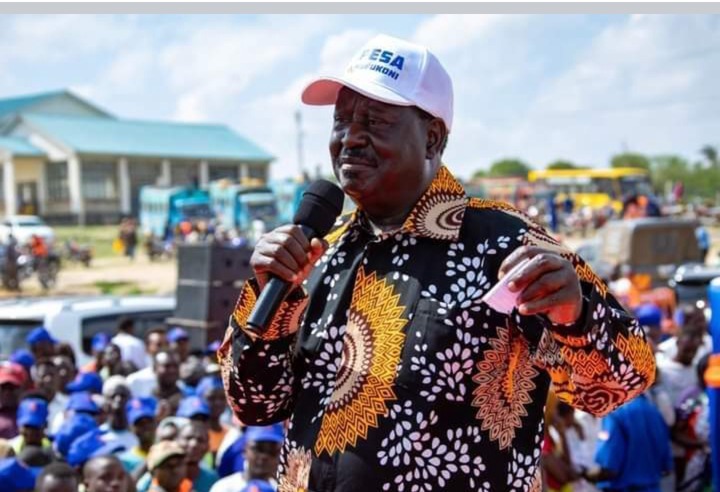 President Uhuru is soon retiring from politics as his second and his last term comes to an end, hence Kenyans are mandated by law to participate in the coming august polls to elect his successor. 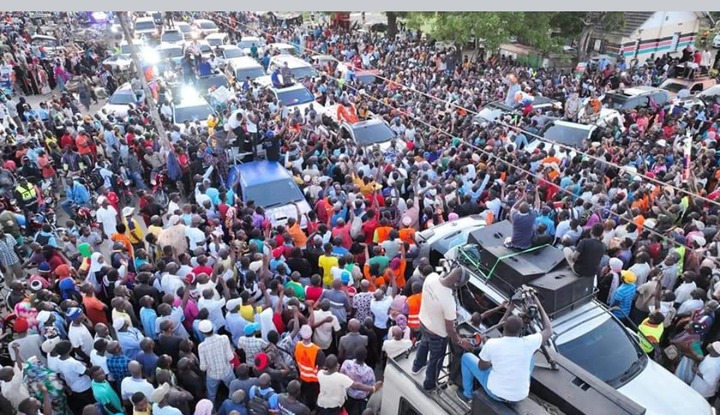 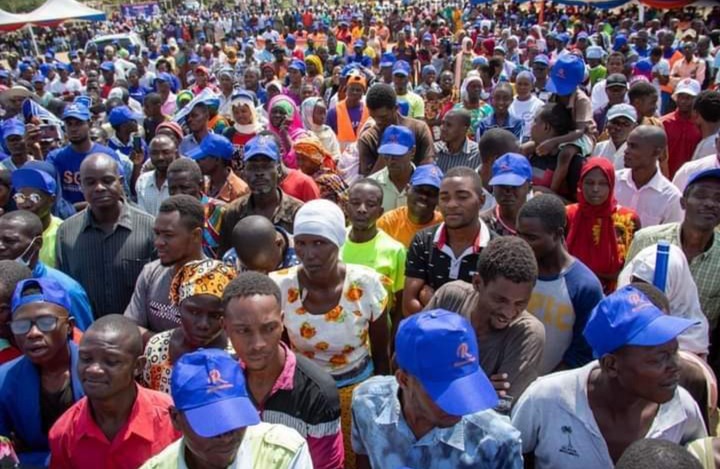 Hitherto, Elections telescopes are orbiting between Azimio la Umoja-One Kenya coalition presidential flag bearer Raila Odinga and the second in command his excellency William Ruto, who have been declared as the frontrunners in their courtesy of Political statues 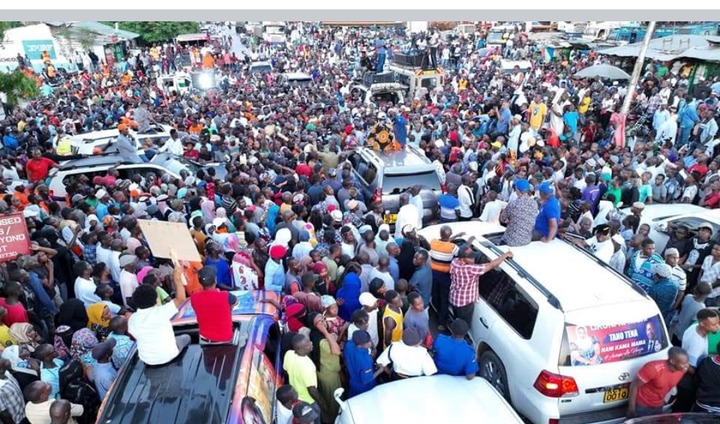 The former prime minister Raila Odinga who will be shooting his last shot come august elections, today championed areas of Kwale County to continue spreading the Azimio gospel as well as intensiying his presidential bid before the so much anticipated august general elections. 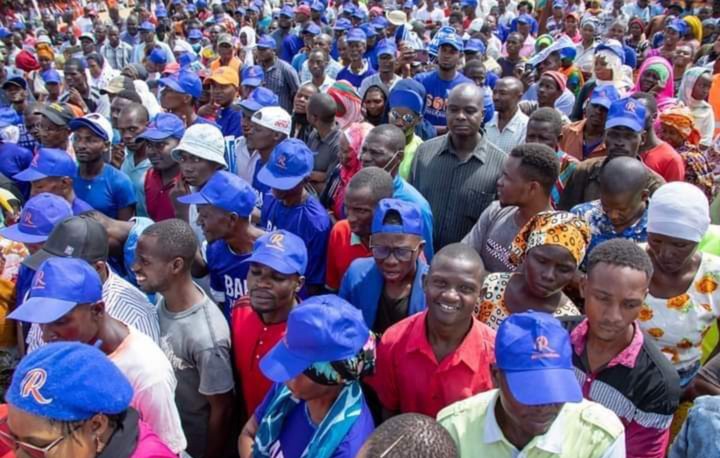 The sea of humanity that grace Raila's event has caused alot of tension and distress in Kenya Kwanza Alliance Camp. Ruto's diehard supporters have now come out clearly saying that Raila Odinga will still fail even if the whole country attend his political rallies. They claim that Raila has always led in the opposition government since 1992 hence that's the position he will hold untill he retire from politics. 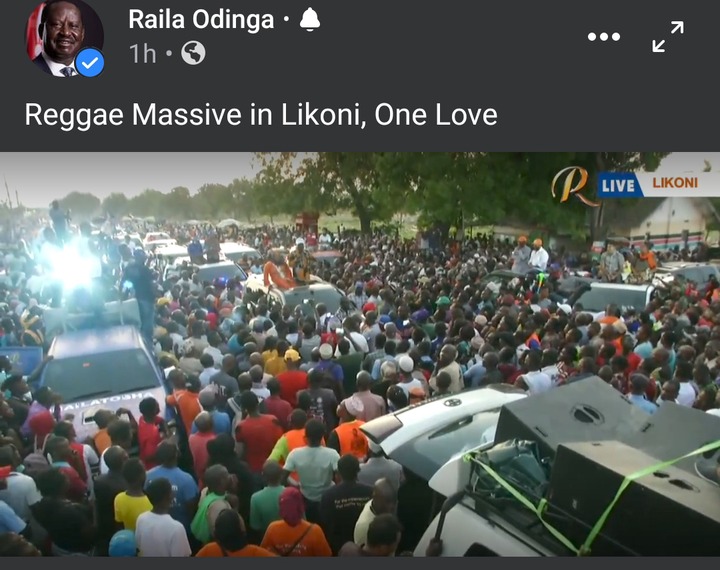 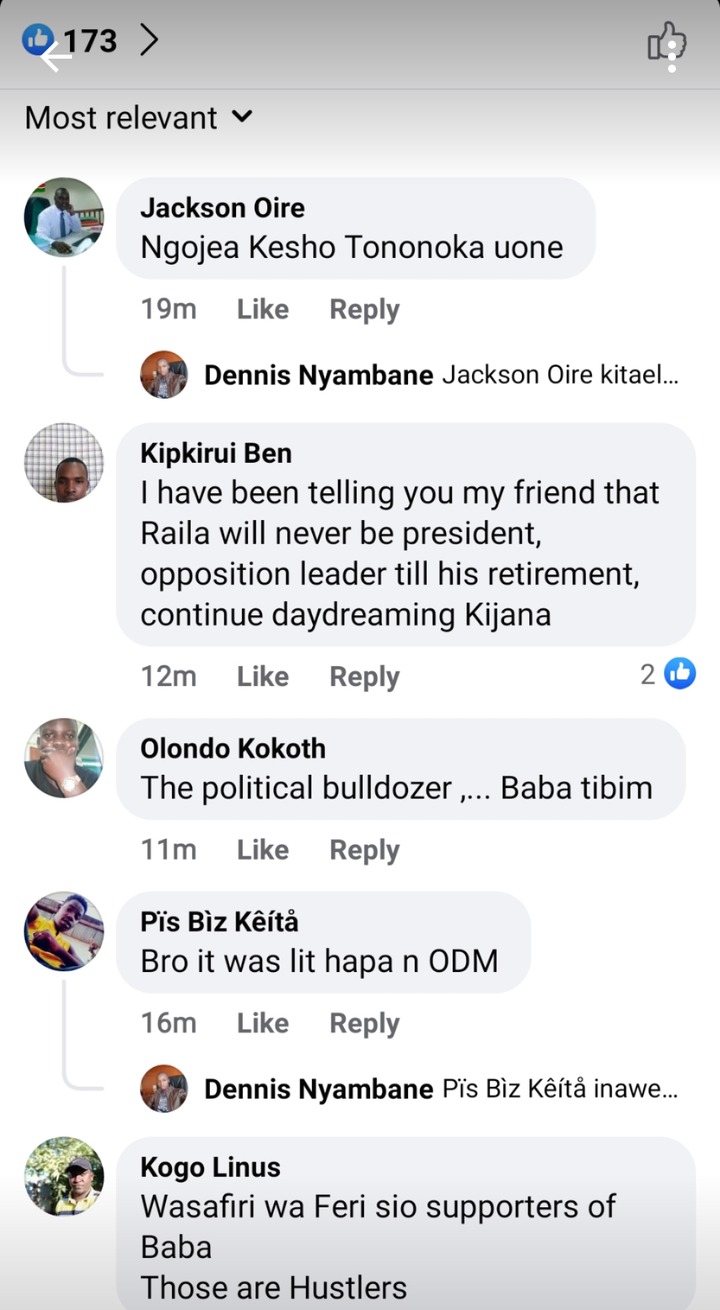 "I have been telling people that Raila Odinga will never be the president. He will serve as an opposition leader in his entire political career. Azimio supporters should daydreaming. Wait and see how William Ruto will give him a burukenge beating come august" Kipkirui Ben says

Some also argues that the mammoth crowd that attended Azimio rally in Likoni was not a real number claiming that those are hustlers who were trying to meet their daily needs and also travellers coming in or going out Kwale. Below are some reactions

With this love Kenyans have for baba, the big query is that will they vote him in come august 2022 elections? Feel free to share your views and thoughts in the comment section below

Photos: Meet Your Favorite Politicians With Their Adorable Families.