By Benadhizo (self media writer) | 5 months ago 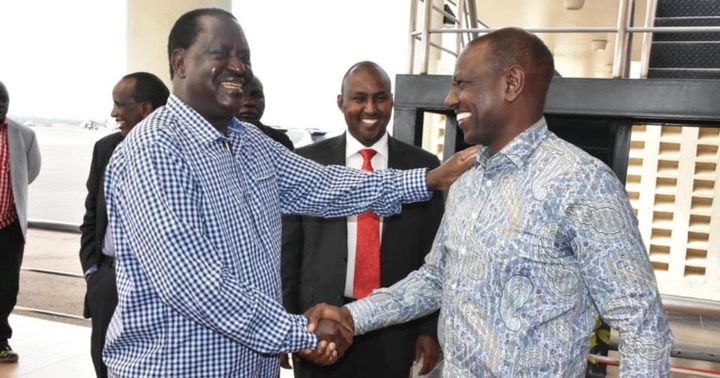 Since Handshake between the former Prime Minister and ODM Party Leader Raila Odinga and President Uhuru Kenyatta took place in 2018, the two leaders embraced unity in all government dealings without anyone of the two leaders opposing.

However, for the first time since the handshake in March 2018, lawmakers allied to ODM Party Leader Raila Odinga joined hands with some supporters of Deputy President to Oppose a PS nominee brought before Parliament.

The government, sensing defeat, called for adjournment of the motion and Majority Leader Amos Kimunya wants a rematch.

Isn't the handshake between ODM Party Leader Raila Odinga and President Uhuru Kenyatta in Jeopardy? Kindly share your views about this.