The former prime minister Raila Odinga has made another pledge to the Judiciary to make out new reforms to pave away for land disputes a move that most of the politicians believe is a method which Mr Odinga plans to win the Maasai votes in the 2022 polls.

According to Mr Odinga, he stated that his government will put pressure to the Judiciary to help in solving of the land cases which has affected the region since independence.

Mr Odinga further added that the DP Ruto has mandate to save the Maasai community over land struggles as he claimed that Ruto has been linked to series of land grabbing cases and therefore should not be given any chance to lead.

The move by the former prime minister Raila Odinga comes a few hours after the deputy president William Samoei Ruto is expected to make an announcement over the final move by Ann Waiguru to join the UDA party.

The Kirinyaga governor is expected to be received officially to the UDA party after she made her decision to ditch the Jubilee party today.

Ruto is expected to make a statement anytime from now to send a huge shocker at president Uhuru Kenyatta and Raila Amollo Odinga.

According to the incoming news, the move by Waiguru comes after her strong competitor Ann Ngirici and Kibicho agreed to work together a move that has sent political coldness to DP Ruto's camp ahead of the 2022 polls.

The news shared indicate that the move by Waiguru won't bring any chance to the UDA party as she has lost too many supporters to his rivals in the county. 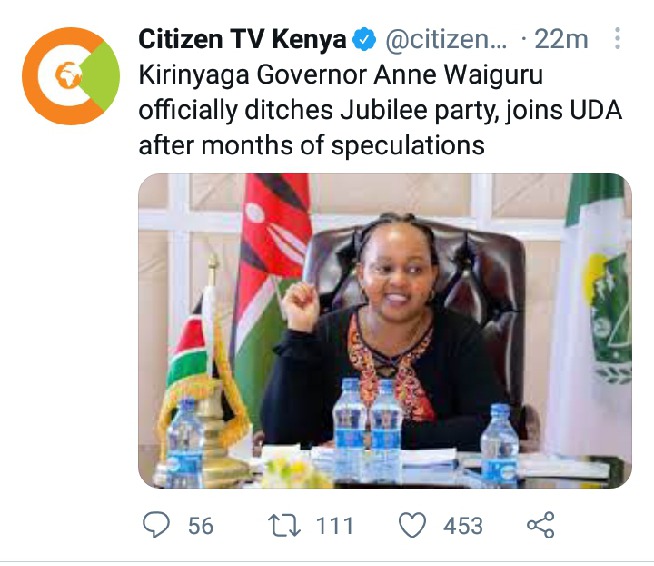 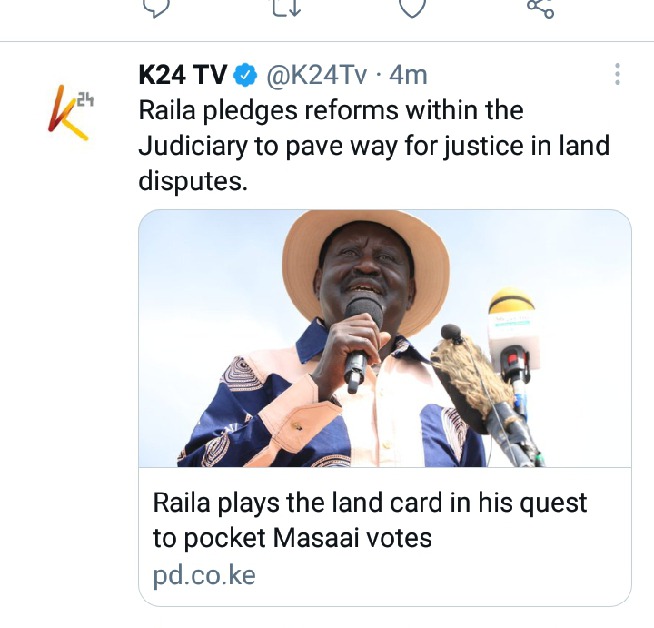 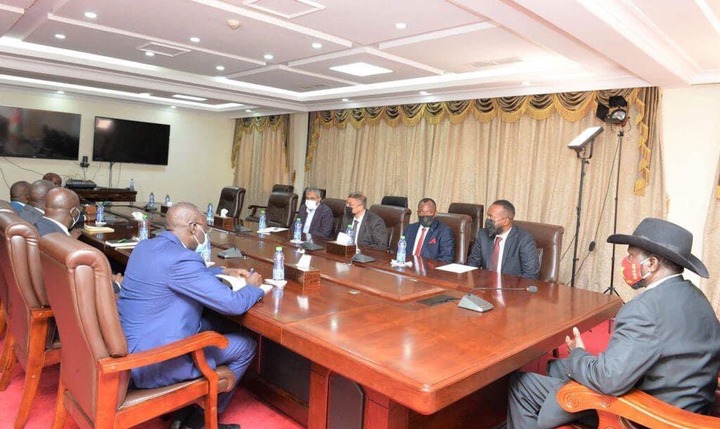 The DP Ruto is expected to make a statement over Waiguru's move as the UDA statement as panic has gripped Ruto's camp as most of allies she will be Ruto's presidential running mate.