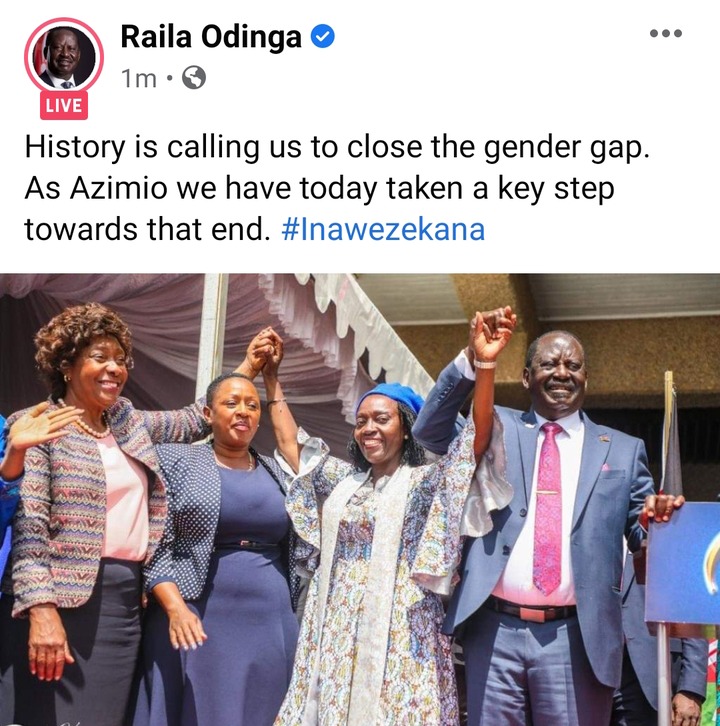 After hours of speculations of Raila picking his running mate, Wiper Democratic party leader Kalonzo Musyoka has therefore breaks Silence after Raila fail to choose him as his deputy. He has now reported publicly that they will now walk on a different paths vowing to be on the presidential ballot 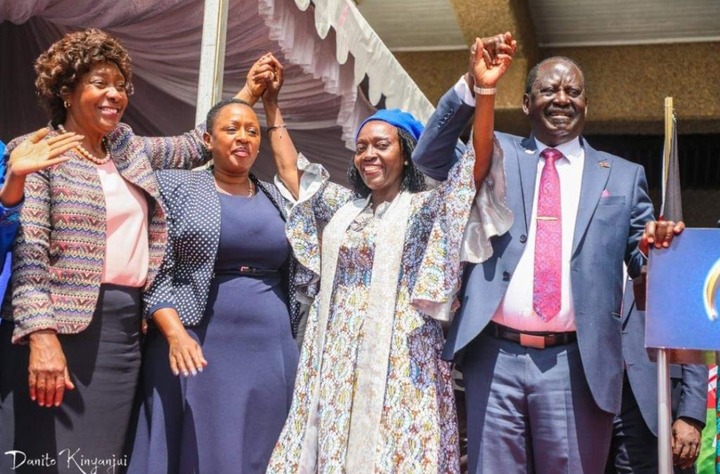 Kenyans have also elicited reactions after Azimio-OKA pronouncements citing that's it's now clear that Raila's way to statehouse is unstoppable. Kenyans argues that since Raila needs only 40% of Mt Kenya votes to clinch top seat by choose Karua it's already a done deal. They have now alleged that Karua is one of the most respected and outspoken Mt Kenya bigwigs leaders who has a great influence in the region. Some have also congratulated Raila for embracing gender equality by introducing women into top leadership position saying that this will mark an history in the country.

Ruto's diehard supporters still remains firm saying that Raila choosing Narc leader Martha Karua as his running mate, is a clear evidenced that their way to retirement is clear and not doubt about it.

"I'm so proud to be associated with Azimio. Those of us who come from rift Valley who support Azimio needed a logical reason to vote for baba...now we have one. Karua will restore the dignity of Kenyan politics" Arap Kemboi

"A big win for women in gender equality show some love for women in this country and Martha Karua" EdGAR TV. Below are some reactions