The attorney general is one of the top officials in the Kenyan government as well as other countries that have a democratic type of government. Since independence Kenya had had a number of attorney generals who have served the country with dignity. In recent years Charles Njonjo and Amos Wako have been the most prominent. Many served during president Moi's regime. Reports from reliable sources reaching our studios have revealed that former attorney general James Karugu has passed away. He served as the attorney general from 1980 to 1981 making him the shortest serving attorney general. He resigned from official duty in 2020 according to the reports we have.

The family which confirmed his death said that Karugu passed away at the age of 86. Karugu took over as the attorney general after the retirement of Charles Njonjo in Moi's regime. Let's all stand with his family and friends as they mourn the death of their loved one. May his soul Rest in Peace. 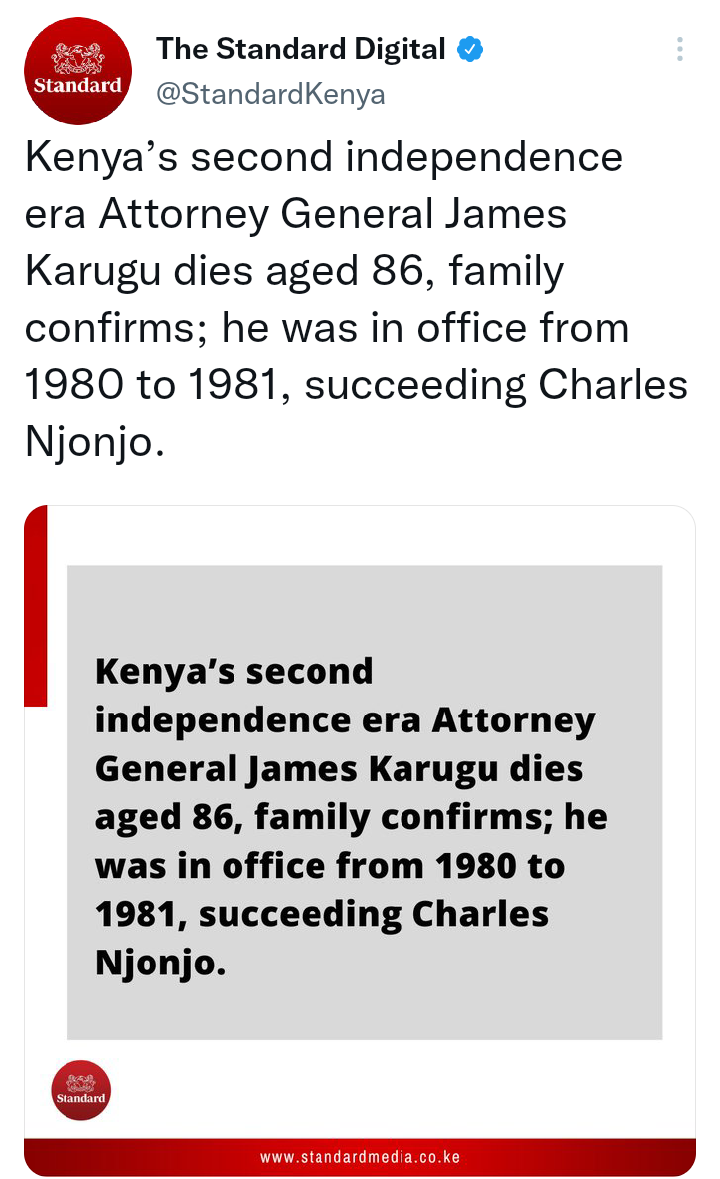