"Stop Giving The Youths Hope That You Can Be President," Museveni Warns Bobi Wine 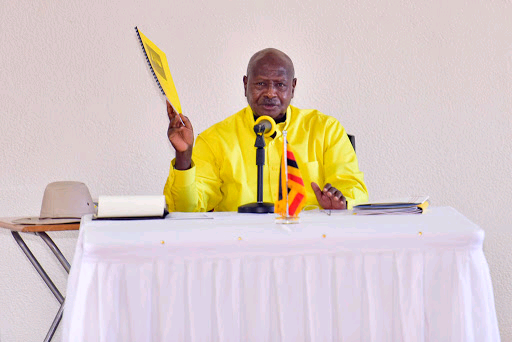 Museveni said that the National Resistance Movement (NRM) victory,was a sign that the people of Uganda want to secure a future not people who threaten to bring anarchy and mayhem in the country.

Museveni also advised Bobi wine that he should stop giving his supporters wrong information that he can ever be president of Uganda or even distabilize the peace of Uganda.

Museveni added that he as the president still have an unfinished business in Uganda and he will only leave office when asked to do so by the National Resistance Movement (NRM). 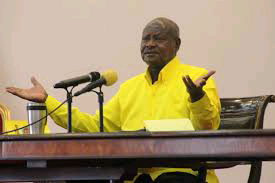 The elections were marred by widespread claims of rigging, malpractices and Intimidation. At the receiving end of this was his thoroughly brutalized opponent,the pop star-turned politician Bobi wine.

Museveni added that Kyagulanyi has always conducted himself in a manner that disregard the law, Covid-19 rules and electoral commission guidelines that is why he was always clashing with the state organs. 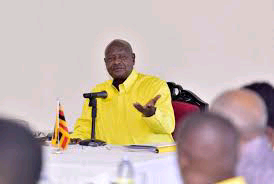 Museveni concluded by saying that the National Resistance Movement (NRM) won, because the opposition especially the Kyagulanyi's National Unity Party (NUP),were so wreckless with the tribalistic words they were using.

The president also said that it is not true that Uganda has lacked change, but has always lacked qualitative change where he believes that Kyagulanyi and his group cannot bring about the qualitative change that Ugandans are yearning for,but rather will be a hostile group that will come to power to destroy the good the National Resistance Movement (NRM), government has done.

What Baking Soda Does To Your Body