By @DagyTv (self media writer) | 3 months ago

Tom kajwang the current mp for ruaraka is the man under siege currently as political wave has shifted so fast .Defao jared okoth okode whoi is mathare north member of county assembly has shown his intrest in the ruaraka seat and is currently enjoying massive support from most constituents.speaking to a resident in mathare north, who declined to reveal his identity, stated that the current ruaraka mp did not empower the youth for the last ten years he served as an mp. He also accused the mp of being stingy and as a person who underates his contituents and can only help elite class yet the constituency is mostly for people from poor background and less privilleged academically hence kajwang cannot associate hself with and is only intrested in their votes.

kajwang who enjoys support from ODM leader was heckled in ngomongo slums and mathare yesterday during vote hunting as many residents only wanted to hear from Defao. Other aspirants who are considered to be more privilleged are Essau okello and omondi William cordinator who was the former ruaraka mp.As parties face nominations next month, the race is said to be even more taugher as all aspirants are worthy and most residents are yet to identify their prefered candidate. 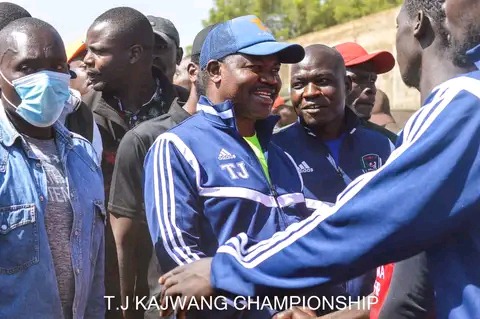 Content created and supplied by: @DagyTv (via Opera News )

I Cannot Lower Food Prices but Ruto Can, Raila Says as He Responds to the Cost of Living

3 Top Manifestos of Raila Odinga That May Give Him Victory

How President Kenyatta Was Received In Europe