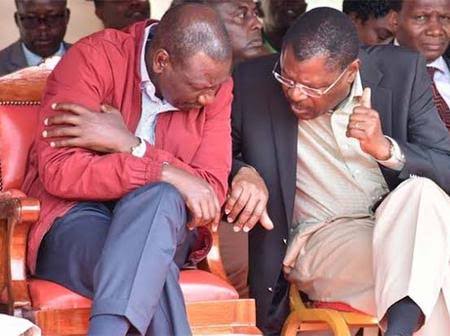 Senate Speaker Kenneth Lusaka has stated that he will work with all leaders, including those who played a role in his demise as governor of Bungoma.

He claimed that the burden of not forgiving was too great to bear and that it only served to further divide the community. 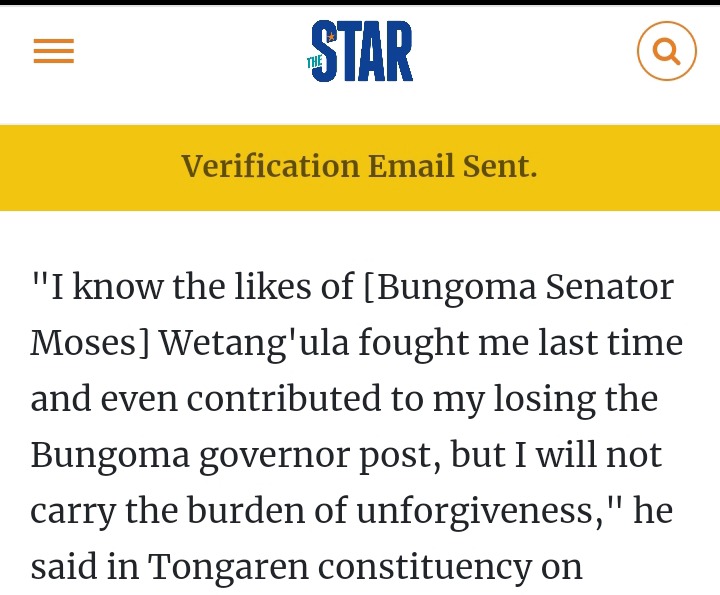 Lusaka is attempting to reclaim the seat he lost to Wycliffe Wangamati in 2017.

Despite their defeat, he claimed that God intended for him and Wetang'ula to work together, which is why they both ended up in the Senate.

Allies and critics have pressed Lusaka to reject Wetang'ula, with whom the Speaker has maintained a cordial relationship.

After the governor was involved in a failed coup attempt to depose him as Ford Kenya leader, Wetang'ula has led an onslaught against him.

Wetang'ula immediately began campaigning for Lusaka after the failed coup and promised Wangamati a run for his money in next year's election.

Lusaka stated that it was past time for the Luhya community to speak as one and invited all leaders to join hands.

"Haki ni Akili" After the Political Earthquake, See What The Clever Gideon Moi Did

Nakuru Politics: Why Keroche Breweries Boss Has Made A Wise Political Move By Joining UDA

Senator Millicent Omanga Ignited The Crowd at Nakuru With Her Dope Dance Moves.

If gods Want To Finish You, They First Make You Mad. Mukhisa Kituyi To Mudavadi

Uhuru Discloses What Mudavadi Asked Him Before ANC-UDA Coalition Occurred