Deputy President William Ruto has been on a three-day tour in the Coastal region where he has held plethora of meetings from Kwale County to Kilifi and is today expected in Mombasa where he will carry out his political campaigns. 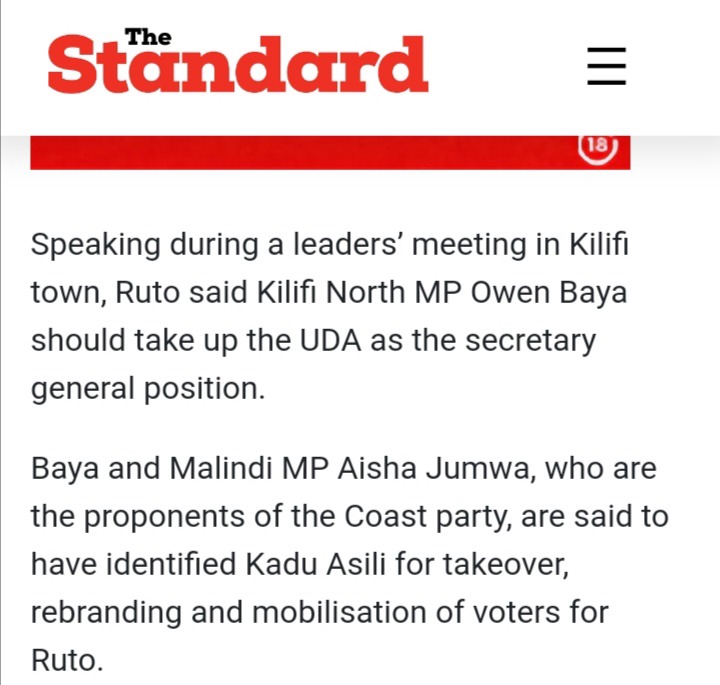 The DP is keen on securing the support of the region which has been deemed a stronghold of the ODM party leader Raila Odinga.

The ODM leader has unfortunately lost grip of some key Influential leaders from the region, who played a key role in solidifying his support base, to the DP. 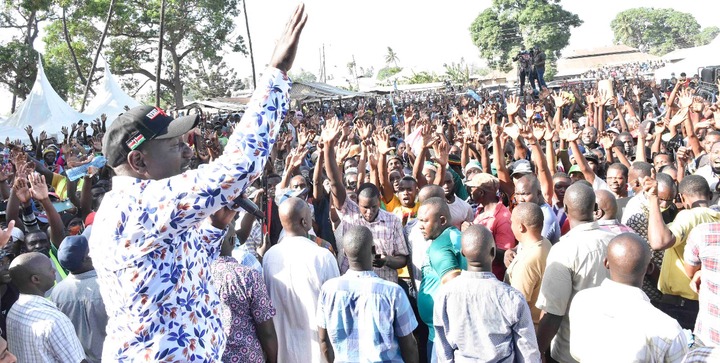 Even though the meetings have been labelled as 'inspecting and launching development' projects in the said Counties, they have been charcterised by 2022 succession matrix.

Speaker after speaker was addressing how the region is prepared to push Deputy President William Ruto to power come the next General Election.

Besides, another bone of contention was formation of the Coastal Party where MPs from the region have been seeking to have a single outfit that will help them negotiate for power come 2022.

The Deputy President William Ruto while addressing residents and leaders who graced his meetings raised his view on the matter where he urged Coast leaders to shelve the plan and join his UDA party.

The DP told the leaders that his UDA party has opened its door to the like-minded politicians and went on to offer them a leadership slot at the new outfit.

He proposed Kilifi North MP Owen Baya to be UDA's Secretary General as a way of ensuring the interests of the coastal people are well sorted.

His proposal seeks to create a perception that if regional leaders are given leadership slots at a particular party, they will be at a better position to champion for the rights of their residents with ease rather than having a regional party.

Coastal Party DP Kilifi North ODM Owen Baya
Opera News is a free to use platform and the views and opinions expressed herein are solely those of the author and do not represent, reflect or express the views of Opera News. Any/all written content and images displayed are provided by the blogger/author, appear herein as submitted by the blogger/author and are unedited by Opera News. Opera News does not consent to nor does it condone the posting of any content that violates the rights (including the copyrights) of any third party, nor content that may malign, inter alia, any religion, ethnic group, organization, gender, company, or individual. Opera News furthermore does not condone the use of our platform for the purposes encouraging/endorsing hate speech, violation of human rights and/or utterances of a defamatory nature. If the content contained herein violates any of your rights, including those of copyright, and/or violates any the above mentioned factors, you are requested to immediately notify us using via the following email address operanews-external(at)opera.com and/or report the article using the available reporting functionality built into our Platform