The gods Have Conspired Against BBI, " Khalwale Claims, Reveals Why 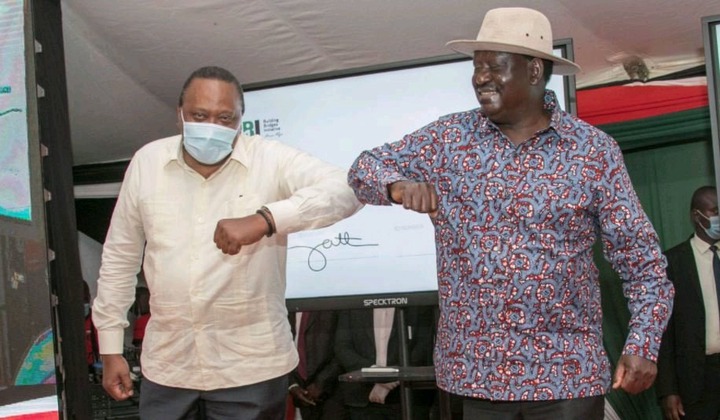 The claims that different BBI documents were presented to different counties have continued to elecit mixed reactions among Kenyans and leaders. The move, exposes that there might be somthing being hidden by BBI framers.

And now well known politician Bonny Khalwale, has claimed that the gods have conspired against BBI.

He further revealed that the BBI reported presented to Senate and National Assemblies, each is different. He added that only 13 counties out of 47 passed the correct version of BBI.

Bonny added that there are so many cases presented to courts against BBI and that more drama on the report is loading. Khawale also asked if there is possibility there are some people behind all that is affecting BBI. 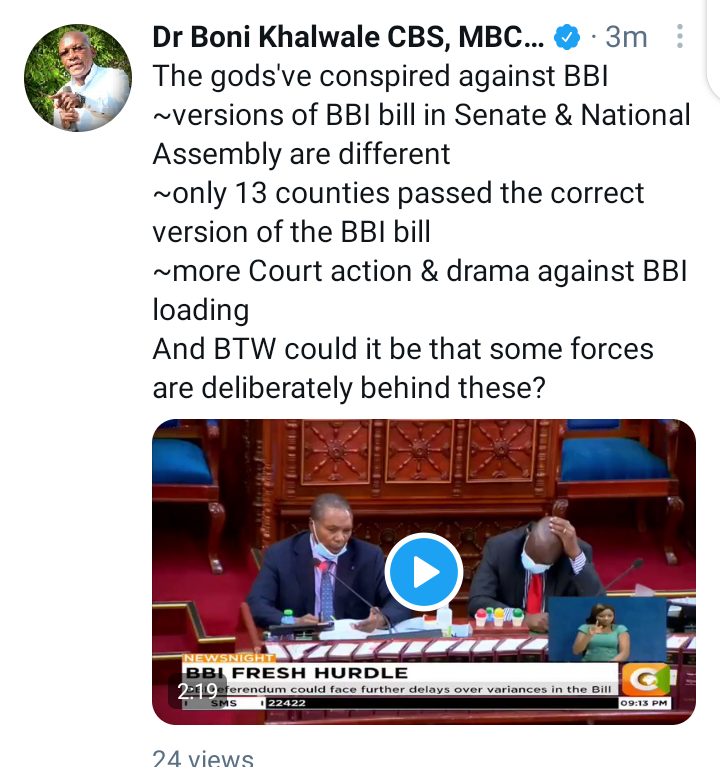 The BBI referendum was due to be held in June or July this year, but the Joint Parliamentary Committee on BBI said that they needed time, for more deliberations to be made.

There were also reports that the allies of Raila and Uhuru, were differing sharply, with those of Raila Odinga claiming that the document should be edited, on the part of delegation of 70 extra constituencies proposed by BBI.