Popular political analyst and commentator Mutahi Ngunyi, who is a close ally to President Uhuru Kenyatta has commended the outgoing President for maintaing the rule of law during the election period. Mutahi has louder President Uhuru Kenyatta for following the rules of law to ensure peace during the election period and process, gazetting William Ruto as president elect and even putting in place a transition committee to ensure smooth transition of power. Mr Ngunyi has however suggested Ruto's Presidential ambition must end at President-elect, a term used to refer to the Deputy President after having been declared winner of the 2022 presidential election. 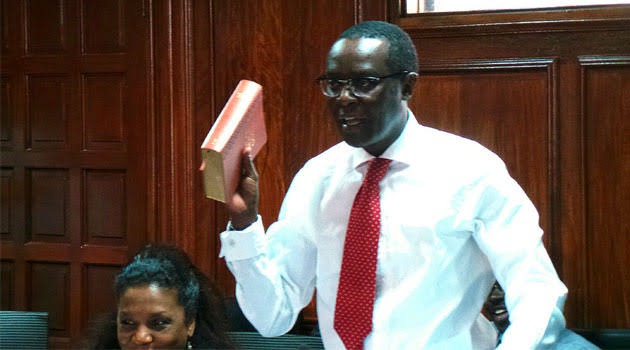 Mutahi Ngunyi's suggestion could mean that Ruto shouldn't be allowed to go beyond the President elect title even after having been declared winner of the race by IEBC. He posted this on his twitter timeline this evening. 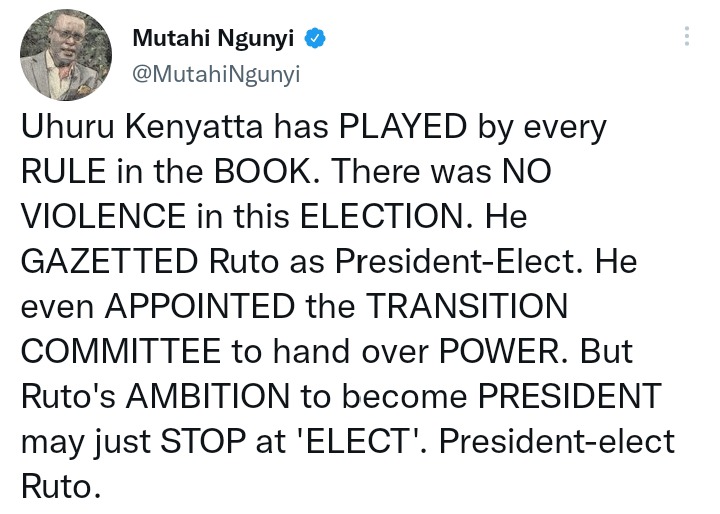 Ngunyi is one of the popular public figures and polical analysts who have been drumming up support for Azimio la Umoja Presidential candidate and Uhuru's preferred successor Raila Amollo Odinga. Prior to the election, he predicted a big win for Raila Odinga against William Ruto. He then fronted Azimio's move to contest Presidential results in the Supreme Court after election, and will be hoping judgment is made in favour of Raila Odinga as that would be the only way to stop Ruto's Presidential ambition.