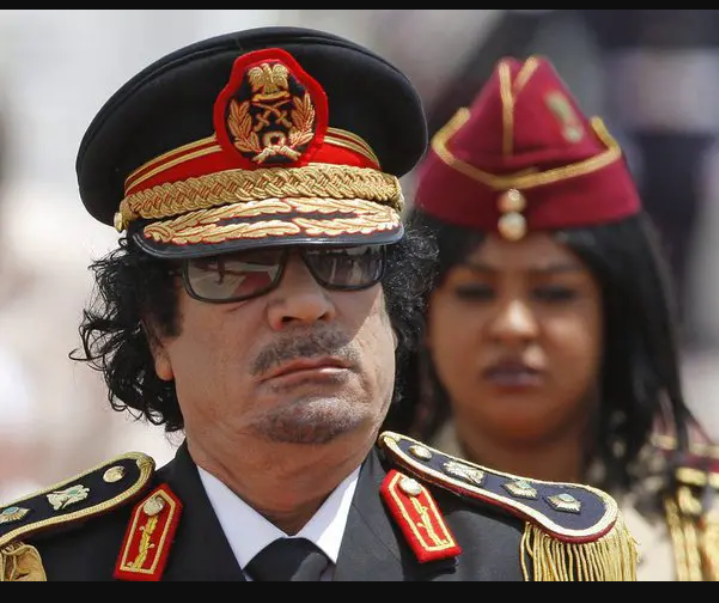 The assassination of former Libyan liberal leader Muammar Gaddafi sparked a firestorm of controversy, dividing Africa into two camps. Those who backed the leader and those who opposed him completely.

The US government strongly supported his death while he was still in office, citing his tyrannical regime as a reason. Many people still believe Gaddafi was a fantastic leader and that assassinating him was a terrible idea, even years after his death. 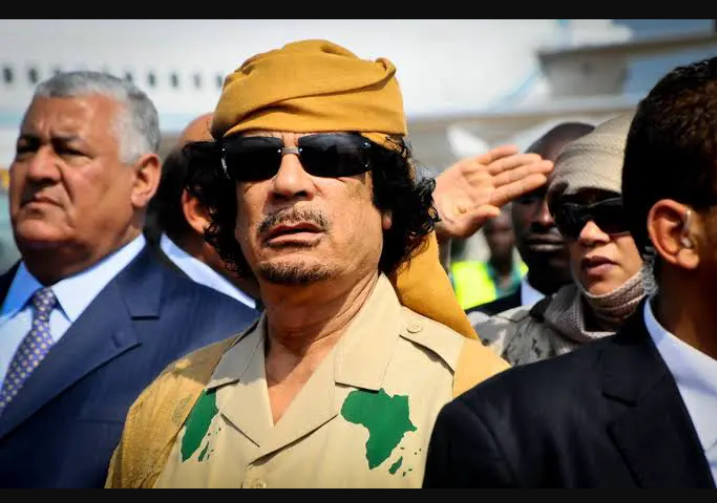 This is what inspired me to conduct some investigation in order to verify the claims made by the folks. In this post, we'll show you some of the Secret True facts about Gaddafi that you probably never knew about in order to help you see him in a new light.

1. During Gaddafi's reign in Libya, owning a home was regarded as a human right. He had even promised that he and his parents would not be able to buy a home until every Libyan had one. His mother and wife were still living in a tent when he was alive. 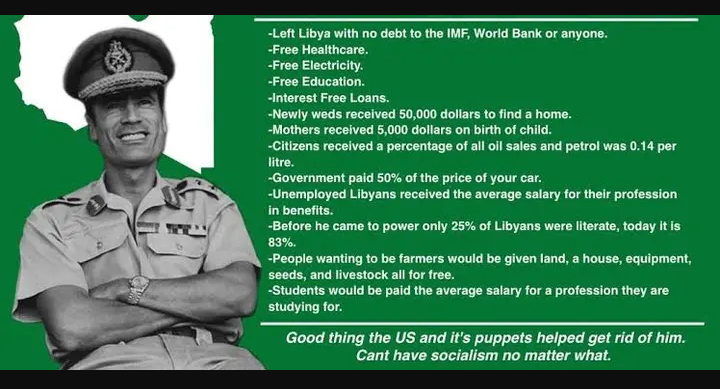 2. His government would give all newlyweds $ 50000 during his reign. This was to assist them in purchasing a home or renting an apartment to begin their new life.

3. During Gaddafi's reign, medical treatment and education were both provided free of charge. According to research, before he came to power, just 25% of the population was literate, but that number rose to 83 percent under his reign.

4. During Gaddafi's reign, anyone who wanted to pursue farming as a career received support from his government. His government would provide him with free land, all of the necessary farming equipment, seeds, and even livestock to begin his or her farming career.

5. While he was in power, any Libyan in need of treatment that was not available in Libya was sponsored by the government to travel abroad. They would be sponsored even throughout their studies.

6. During Gaddafi's reign, any Libyan who wanted to buy a car would receive a government subsidy of 50% off the price. During his reign, the price of gasoline was $ 0.14 a liter.

7. Banks would not charge interest on loans during his reign. Any Libyan was free to take out loans and repay them without interest.

Despite the fact that he had a few flaws during his lifetime, we can conclude that he spurred Libya to become one of the world's strongest economies. Any Libyan who lived during his rule will agree that it was the best that the country had ever seen. It is apparent that life in Libya has never been the same since his death.

Let us know what you think about ex Libyan leader Muammar Gaddafi in the comments area below. Don't forget to like and share this article if you enjoyed it.

Eating Late at Night is Bad, But If You Must, Here are 3 You Should Eat and 4 You should Avoid

You're The Cause Of This; What My Sister Told Me On Her Social Media Before Committing Suicide;Mueni