"Wacha Story Zenu" Angry Orengo Attacks Media House Over This, Sending A Warning Message to Them

By jonezokari (self meida writer) | 5 days 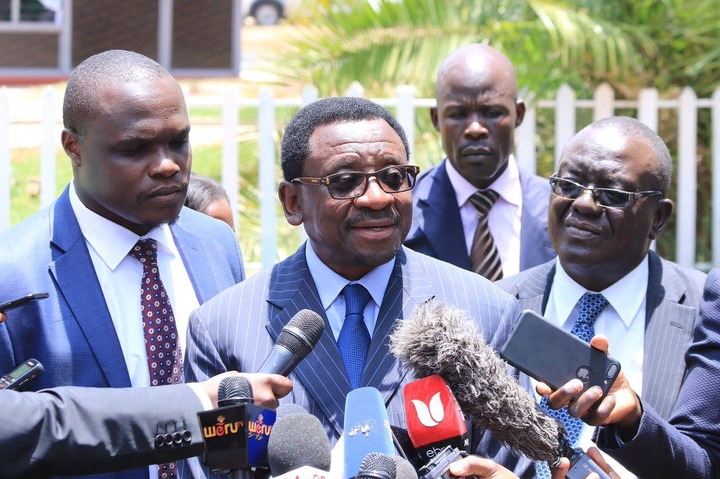 The tension and confusion are among the political class as the majority of them cannot predict their fate. Succession politics have been a nightmare among the political class. Raila Odinga and William Ruto have been the men to be watched as we approach the next Electioneering period.Raila and Uhuru came up with BBI bill, the bill was meant to improve Kenyans life but unfortunate the bill has more hurdles to pass through.

Raila Odinga has not declared his ambitions but his close allies have already declared on his behalf. Siaya senator honorable Orengo James on Friday declared that Raila Odinga will be on the ballot. He warned all the members from one Kenya Alliance over their move.

Orengo said "Those forming other coalitions should tell us where they were when Raila was taking the oath as people’s president," said Orengo."

Orengo who is among Raila's close ally had disclosed that the parliament will not be used to pass a constitutional amendment bill through a BBI Bill. He has lamented after ntv posted that he he has changed his tune. 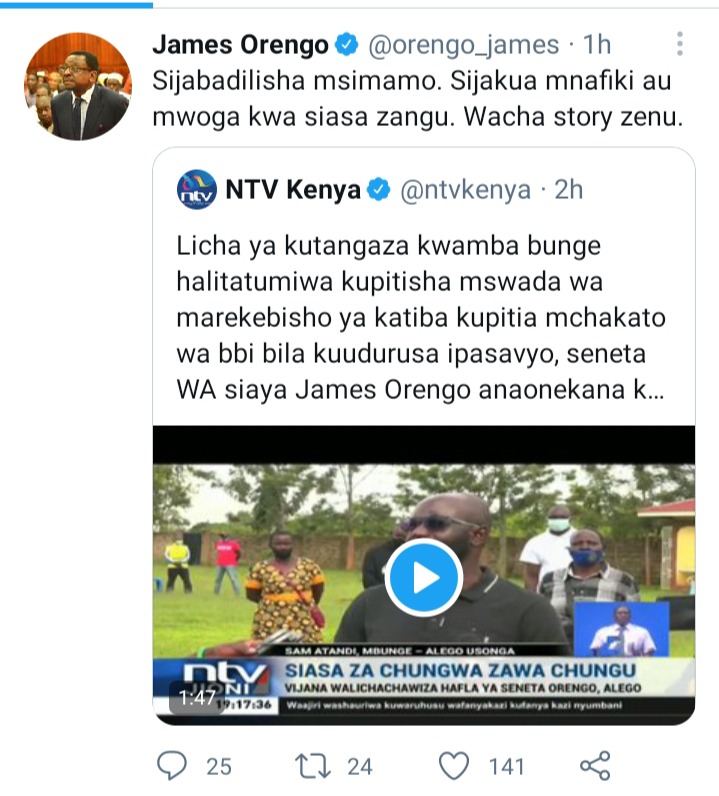