By The_Incredible (self meida writer) | 1 months 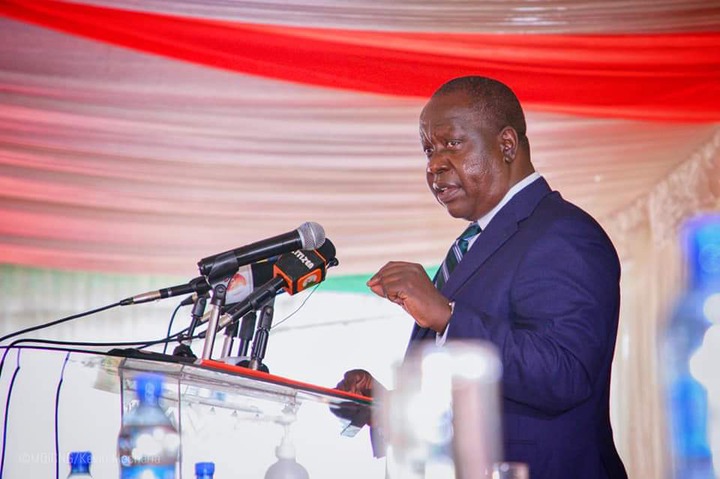 Matiangi has been accused by the Members of Parliament allied to the ODM leader and the Deputy President Dr. William Ruto for using the police to to intimidate,harass and alter the outcome of the by-election in Bonchari Constituency.

Kapseret Member of Parliament has revealed that they will innitiate the impeachment of Matiangi in the national assembly in the next two weeks.https://www.facebook.com/1187170485/posts/10223299919784731/

On Wednesday, ODM Leader Raila Odinga condemned the actions of the police in Bonchari. He termed it as perpetration of impunity and abuse of police powers.

"What we have witnessed in the by-elections in Bonchari and Juja is an abuse of police powers and an arrogant display of IMPUNITY by a few overzealous and bellicose government functionaries. An election process is an opportunity for the voters to express their will at the ballot and not an avenue to pursue IMAGINARY and SHORT-LEGGED political interests." Read part of the statement. 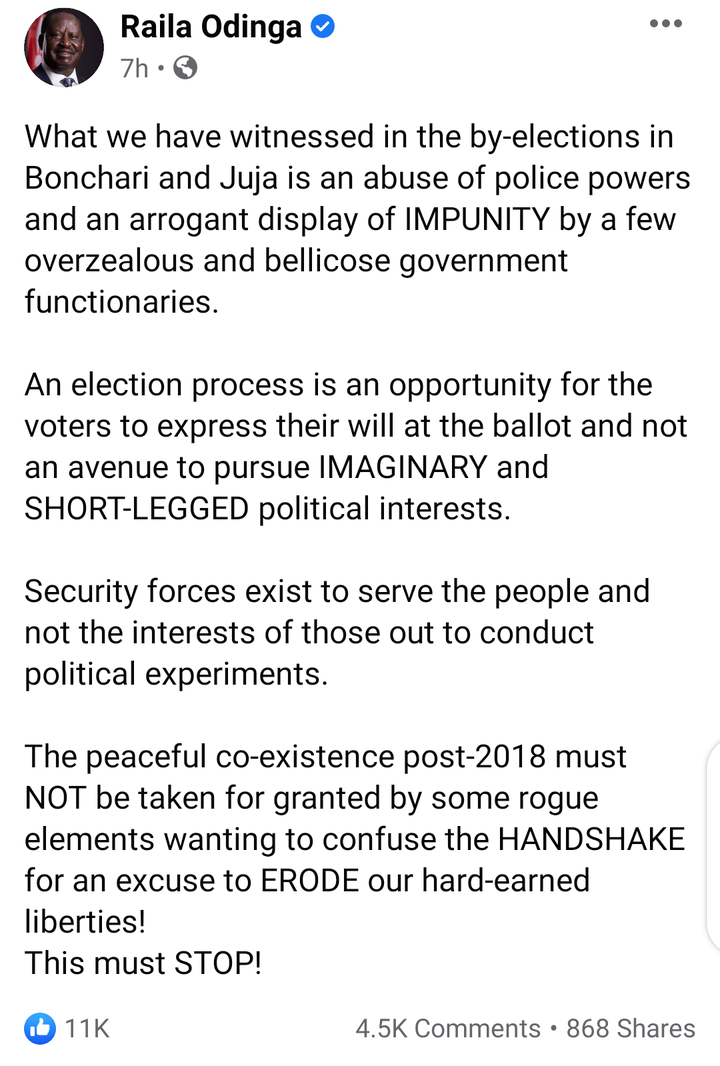 Odinga called for an end in abuse of police warning that such actions could erode the peaceful co-existence that had been realized through the handshake between him and President Uhuru Kenyatta in 2018.

ODM secretary General Edwin Sifuna yesterday said that they would revisit their relationship with the ruling coalition to see if it's genuine.

Content created and supplied by: The_Incredible (via Opera News )