By miharbi (self media writer) | 2 months ago 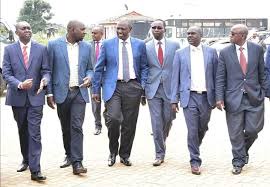 President Uhuru Kenyatta is serving his last term in office as the President of the Republic of Kenya. He was elected during the 2013 general elections and re-elected again during the hotly contested 2017 general elections through the ruling Jubilee Coalition party ticket, defeating the Orange Democratic Movement party leader Hon Raila Amolo Odinga.

The retiring incumbent President Uhuru Kenyatta has received a rare praise from Deputy President Dr William Samoei Arap Ruto's ally. According to Garissa Town Constituency Member of Parliament, Hon Aden Duale, he publicly admitted that the president has a very good legacy that he does not want to destroy. DP William Ruto's camp has been criticizing the president and this might just be a way of wooing Kenyans. 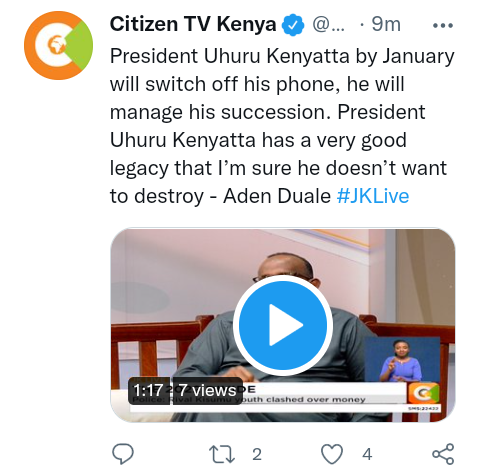