By Richmak (self media writer) | 1 month ago

Since the announcement of the final presidential results, by the Independent Electoral and Boundaries commission (IEBC) led by its chairman Wafula Chebukati the nation is in tension of what is next. According to Chebukati, the elections was subjected by many challenges including losing one if the returning officer who finally found Dead. 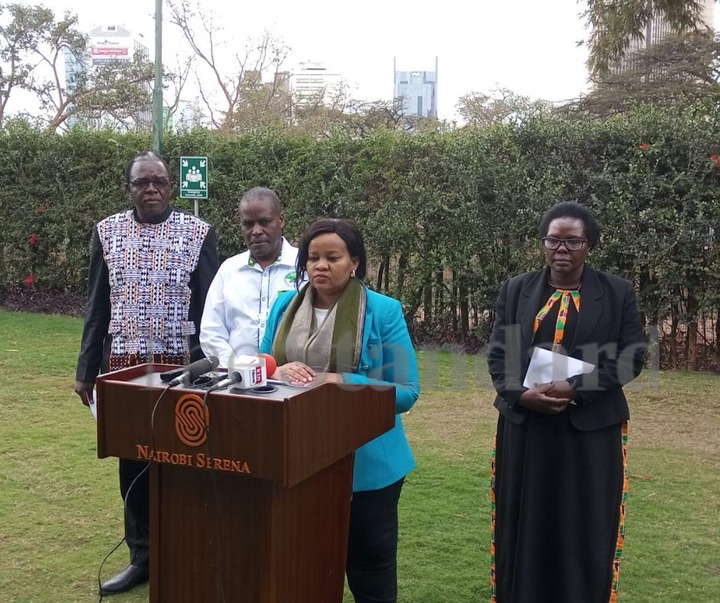 Despite disagreement between the commissioners on the results, The chairman went ahead and announced the results which is illegal according to constitution. Four out of the seven commissioners disagreed with the results and declared them as opaque before the actual announcement of the elected president.

On Tuesday, 16th August the commissioners led by IEBC vice chair Juliana Cherera while addressing the Media, she highlighted some of reasons why they disagree with the presidential results.

Some of the reasons highlighted by the Commissioners were as follows,

As commission they were not given time to discuss the results before released in due time.

There was no announcement of results of 28 constituencies to clarify on their results.

The data represented to them which comprised of Form 34C was mathematically wrong. This is because the cumulative percentages of all the candidates was more than 100% which is mathematical error.

The percentages as indicated in IEBC portal shows the percentages of all the candidates as follows, William Samoei Ruto 50.49%, Raila Odinga 48.85%, Prof. George Wajackoyah Luchiri 0.44% and David Mwaure Wahiga 0.23% this brings a total of 100.01%. 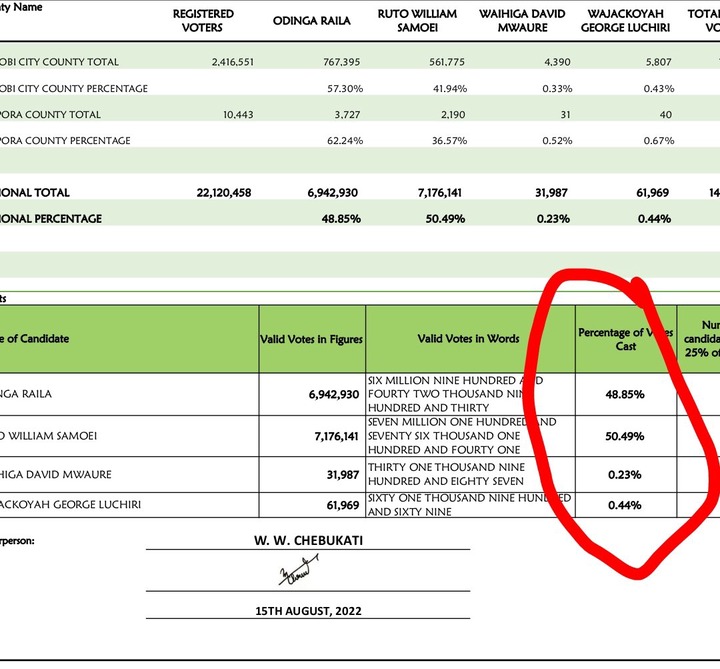 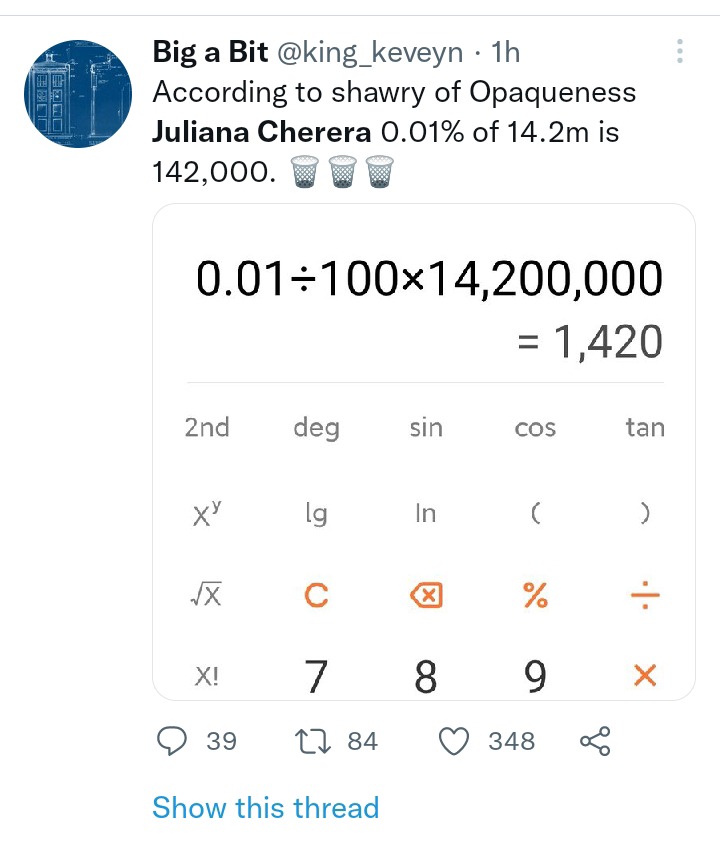 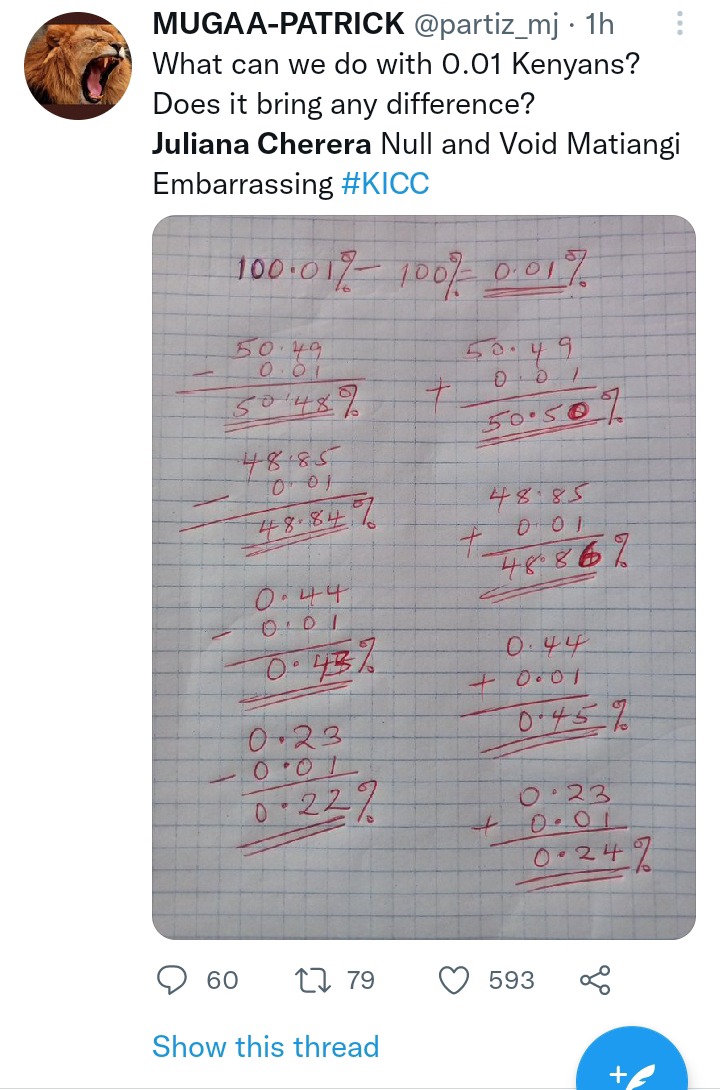 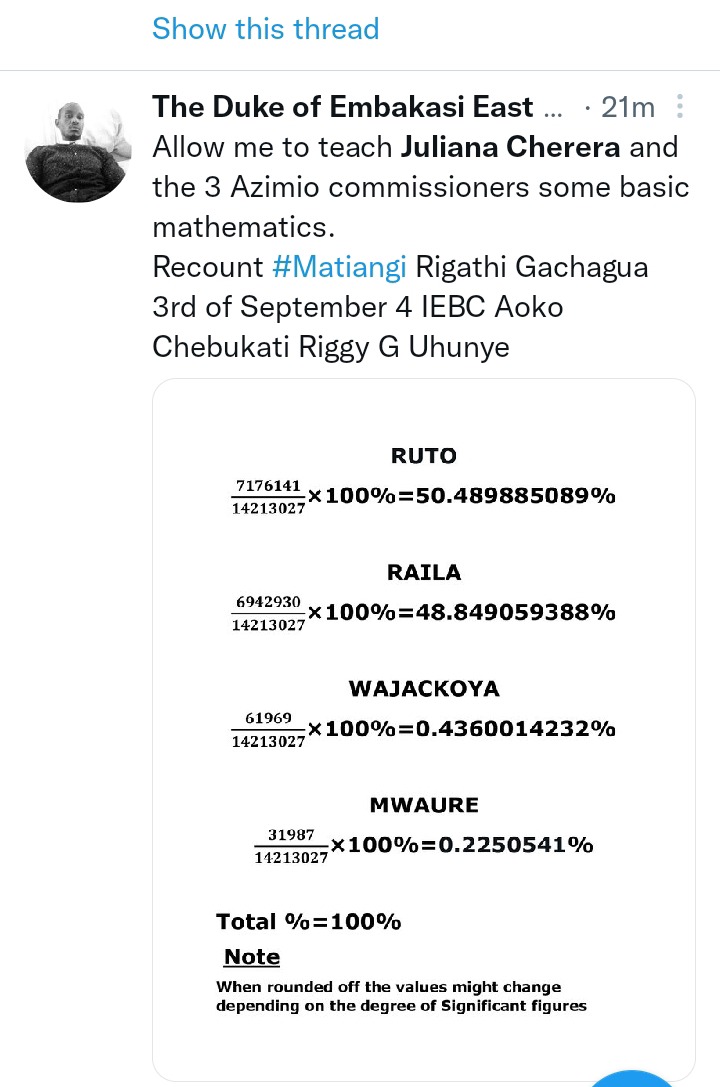 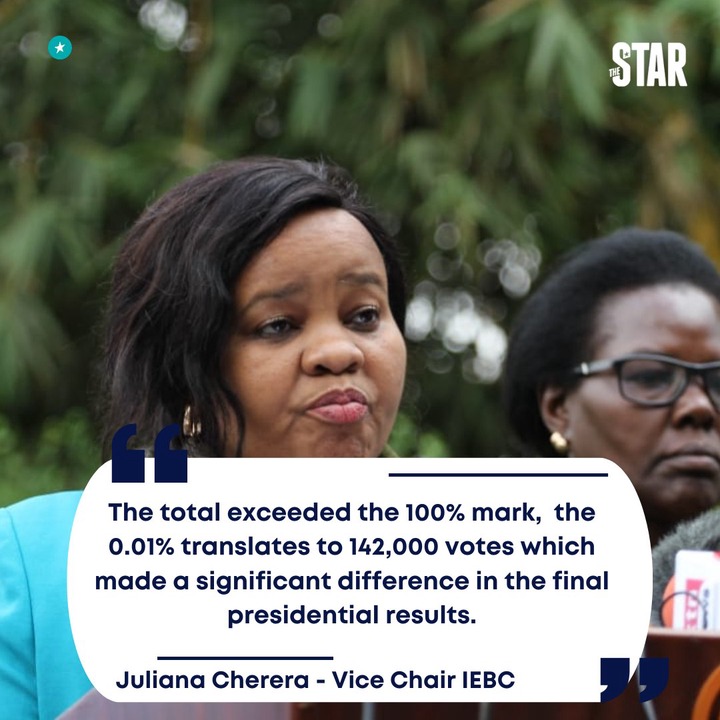 She went ahead and announced that the extra 0.01% represents 142,130 votes which is not correct mathematically. This resulted into mixed reactions in social media platforms trying to correct her for the correct figures for the total votes represented by that. 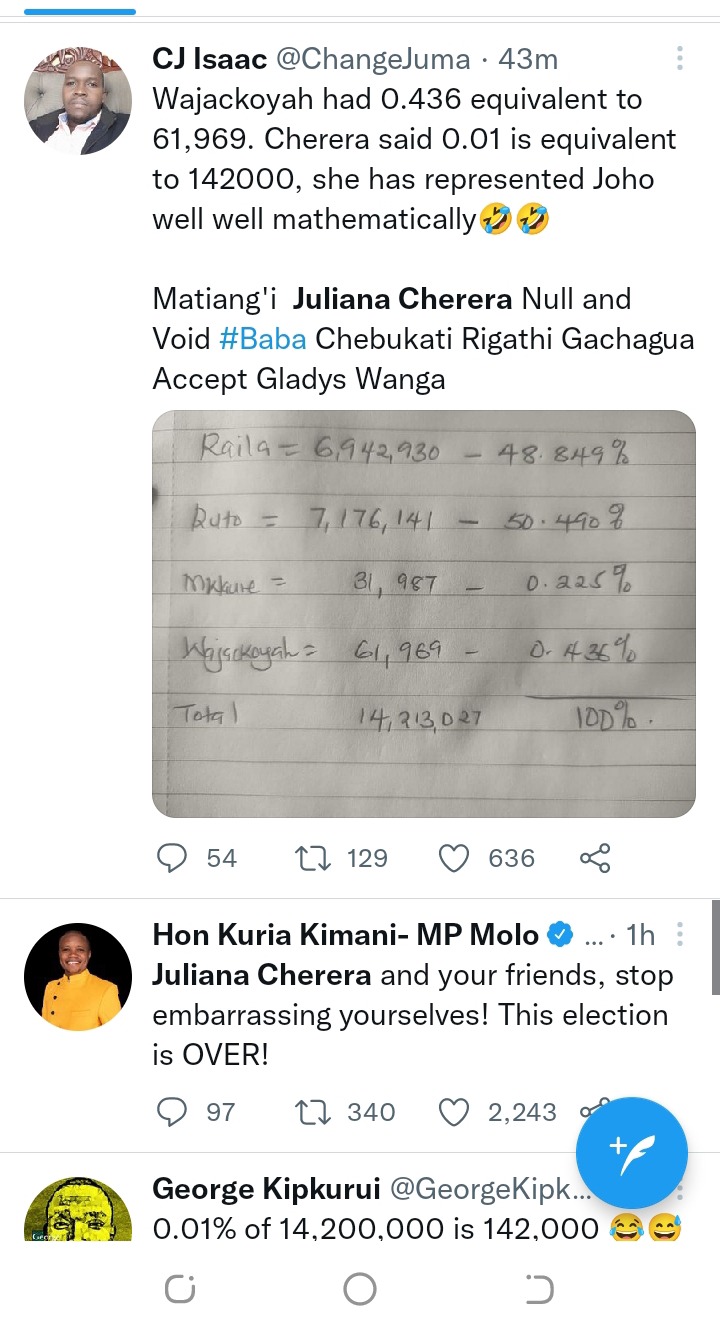 Content created and supplied by: Richmak (via Opera News )

"Why Is He In Parliament Right Now?" Ledama Reacts To Ruto's Impromptu Visit To Parliament Today

Back to Duty, Uhuru Set to Oversee His First Peace Mission in SA Over Ethiopia-Tigray Conflict