Struggling Upcoming Politicians Can Learn From My Experience And Never Give Up; Sen Mwaura Narrates 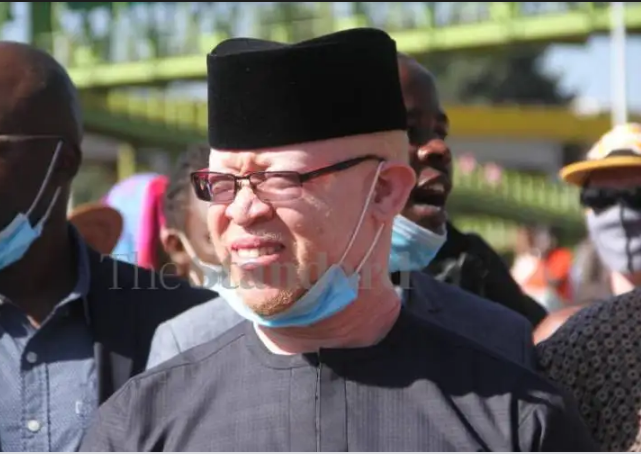 In what is expected to attract a barrage of contradiction and scorn, Jubilee party nominated senator Isaac Mwaura who has been repeatedly accused by critics in the past of relying on nominations instead of fighting it out like fellow men has now upheld himself as an epitome of struggle, and who upcoming politicians can learn from concerning struggling.

Isaac Mwaura was speaking while making an appearance on Radio Jambo’s weekly political show Mazungumzo Wazi Wazi which was hosted by the station’s presenter, Bramwell Mwololo.

While referring to his recent court case in which he challenged the revocation of his nomination by Jubilee party which consequently led to him loosing his senatorial seat, Mwaura claimed that his victory serves as a motivational event to many other upcoming politicians who may be up against impossible odds.

Mwaura stated how he faced the system in his case, and no body gave him a clear fighting chance, but then he surprised everyone after managing pull through victorious.

He said that this event would go on to serve as encouragement to any upcoming politician who is in a similar position.

Mwaura was among six senators expelled from Jubilee party early this year on allegations of disciplinary violations as per article 13 of the party constitution.

He however moved to the Political Parties Disputes Tribunal (PPDT) seeking to bar the Office of the Registrar of Political Parties (ORPP) from implementing Jubilee Party’s decision of removing his name from the party list, pending the hearing of his case.

But the tribunal threw out the request, ruling that Jubilee had followed due process in his ouster.

Unsatisfied with the ruling, Mwaura moved to court and obtained an injunction order halting any further step of his removal.

He then moved to the High Court seeking to have the execution of the Speaker’s decision overturned.

Last month, however, the court squashed the decision by the party to have him de-registered. The court concluded that Jubilee party’s national disciplinary committee processes and the decision that followed, were unlawful.

Zora; Talia In Love With Madiba