What May Force Raila Odinga To Retire From Politics Before 2027

Political analyst Fred Sasia believes that ODM party leader Raila Odinga still holds the required abilities to remain politically engaged. The pundit thinks that despite his five defeats and the fact that his base of support appears to be dwindling, Raila' s political career shouldn't be written off. 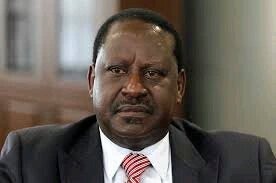 According to him, the former prime minister has gone through this predicament multiple times since 2013, but each time he has emerged stronger. He believes that because Raila is so skilled at reinventing himself for every election, he cannot be removed from office for partisan reasons.

Many "feared it was the end of the road for him" in 2013, but Sasia told The Star that he had come back even stronger after adjusting his approach, to the point that even his most ardent supporters were taken aback. He thinks Raila' s advanced age, which is not in his advantage, will be the only reason he decides to stop running for office before 2027.

He claims that the only thing standing in the way of Raila' s success right now is his advancing age, and as a result, even his most ardent admirers are beginning to have second thoughts. According to a comment from him, change is not forthcoming, his charisma is being tested, he is getting older, and his formerly devoted supporters are no longer as fervent. Despite having stated throughout the campaigns that he would resign if he lost, Raila has been mum on the subject.

The leader of the Wiper party, Kalonzo Musyoka, looks to have secured the backing of his Azimio La Umoja alliance as he gets set to run for president in the 2027 elections.