By RobinMutai (self media writer) | 3 months ago 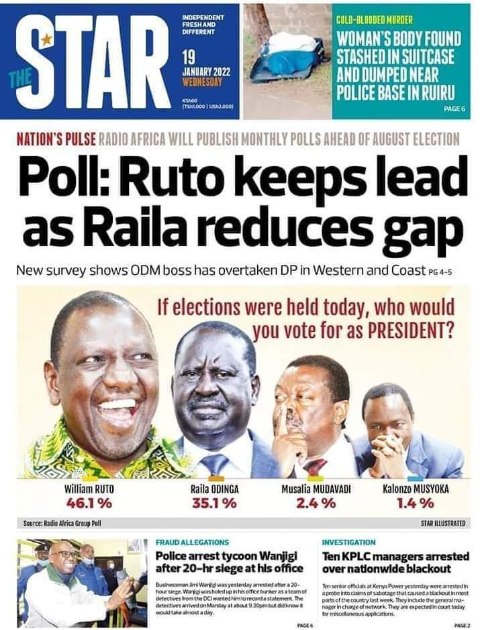 With a few months left until the country decides in August, Presidential hopefuls have by far began gearing up to the occasion. This has seen several rallies and campaigns held even as the aspirants attempt to woo voters.

Ahead of the General Election, regions that were previously referred to as a particular candidate's 'hotspot' have turned out to be the opposite. This comes up after a National Daily revealed that Orange Democratic Movement (ODM) Party leader Raila Odinga has gained more support in the Western and Coastal regions.

Lately, according to a survey carried out, Deputy President William Ruto leads the 2022 State House race. However, the survey included that the ODM Chief Raila Odinga is slowly closing the gap.

What Raila, Makau Mutua & His Allies Did Hours After Announcing Martha Karua as Running Mate -Photos