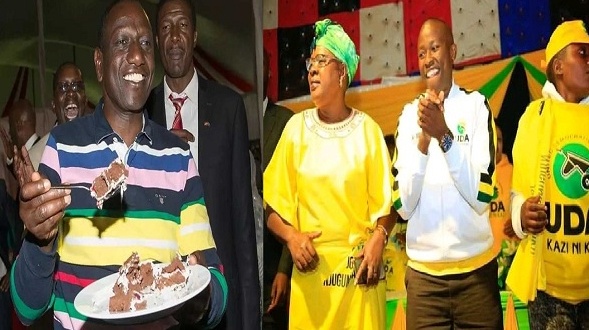 Kiambaa by-election victory no doubt would have been good reason for Deputy President William Ruto to uncork a champagne bottle were he not a teetotaler.

But the seasoned political operator knows it isn’t celebration time yet. Better still, he surely would know the hurdles ahead.

That was clear on the day the by-elections results were announced last Friday. While MPs and activists in his corner went hoarse with chest-thumping, the DP came out subdued and reconciliatory. 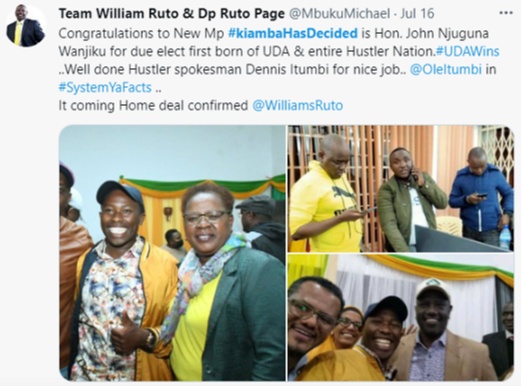 He attended a burial in Murang’a County and described the Kiambaa contest “a friendly match” and “a win-win for all”.

History and informed analysts point out five hurdles ahead of him, and why the road could be longer than the distance covered so far.

1. Prize to pay for going mano-a-mano with the boss

Having made entry into politics as an operator inside the Establishment and climbed all the way up as an insider, the DP knows that working against the ‘System’ comes with some prize. 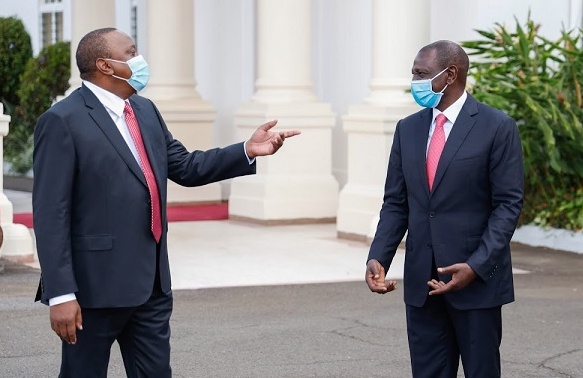 In taking the President head-on right in his political backyard, the DP has openly declared war on the boss. Whereas there could have been some restraint in dealing with him as long as he remained, or at least pretended, to be loyal to the boss, he has shed off the gloves and said bring it on. You can expect entire government machinery now to be unleashed on him.

A lesson from history. In the previous three presidential successions, there was no hostile take-over from the incumbent, the kind the DP is set to stage on his boss in 2022. 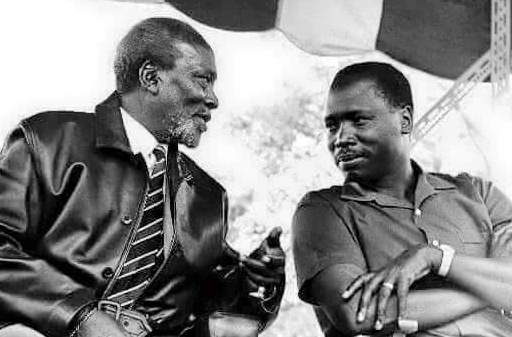 In the first succession in 1978, though few in Mzee Jomo Kenyatta court were opposed to Vice President Daniel Arap Moi taking over, the President had no problem with his deputy.

More importantly for Moi, what you would call “Deep State” of the day was fully in his corner, not to mention the support of then highly influential Attorney General and entire judicial apparatus. 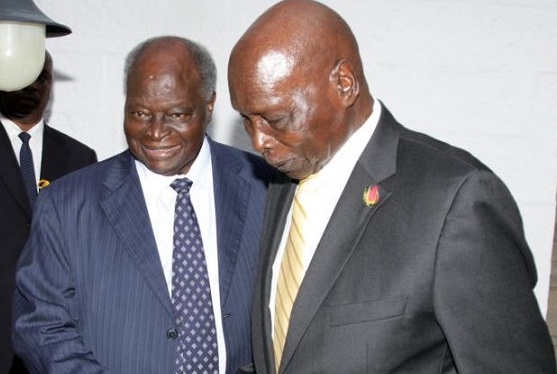 In the second succession in 2002, unknown to many, exiting President Moi, and incoming Mwai Kibaki though opposition candidate, were in a friendly engagement behind the scenes. Three years to Moi succession feelers had quietly been sent to Kibaki that the “System” was willing to work with him, overtures he politely declined but stayed in touch.

The Standard can now reveal that in the last few weeks to Moi departure, and with clear indications Kibaki would win in 2002, a channel of communication with State House was secretly opened.

The ice was first broken in a secret meeting between candidate Kibaki and then head of Security Intelligence Brigadier Wilson Boinnet. It would explain why while most Moi appointees in the security system were removed immediately on Kibaki take-over, Brigadier Boinnet remained for about three years.

His nephew, Mr Joseph Boinnet, would serve as Inspector General of Police in Uhuru Kenyatta government, much as Uhuru was the main challenger to Kibaki in 2002, which tells you the two formations that year – Moi/Uhuru and Kibaki on the other hand - didn’t have a hostile engagement. 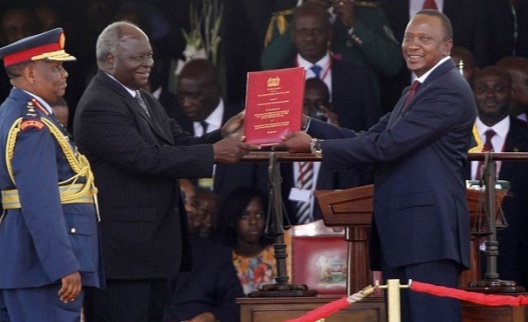 Lastly, in the 2013 succession, much as outgoing President Kibaki maintained a façade of neutrality, and much as few in his court weren’t enthusiastic for a Uhuru presidency, an influential camp led by then head of the military, General Julius Karangi, and one political activist Mary Wambui, were solidly for a Uhuru friendly take-over.

So you can see the odd situation DP Ruto will be in, staging a hostile take-over with the entire Establishment against him. In public pronouncements he may say he doesn’t need the “System” and the “deep state”, but deep inside him and having been an insider, he is mean with the truth.

A hostile engagement with the Establishment also puts the DP in an awkward position with two other important constituencies. One is key local and foreign investors. Business community world over avoid direct confrontation with powers-that-be. In this case they will be shy to deal with the DP as long as he is seen to be an enemy of the Establishment. That isn’t helped much by his “hustler” narrative which encourages hostility towards owners of capital.

Foreign governments friendly to Kenya too, may not feel overly comfortable with a person advocating a hostile departure from the Establishment they have been used to.

2. Test of picking a running-mate

The next big hurdle for the DP is within his own ranks. Who and from where does he pick a running-mate?

Much as he may pretend not to be bothered by regional bloc voting with the “hustler nation”, he knows the 2022 presidential vote, just like previous ones, will be mobilised along regional blocs. That is why he has devoted most of his energies to secure Mt Kenya bloc.

Picking a running-mate from Mt Kenya isn’t an option, but a must. But where does that leave other regional blocs which he needs as much, especially now that Kiambaa has proved that at best he can only expect slightly over a half of the Mountain vote?

An even bigger elephant in the room is from where in the Mountain does he pick a running-mate, Mathira? Gatundu South? Murang’a? Mount Kenya East?

3. Having Jubilee cake and eating it

First, when it comes to presidential campaign proper – for now it is a solo-contest where he is the only declared candidate - how will he campaign against Jubilee supported candidate while still the No.2 in a Jubilee government? If so fed up with Jubilee, or if Jubilee is “dead”, why not do the honourable thing, and resign?

As a confessing Christian, maybe that is an issue he may want to discuss with his pastor.

That double-face was evident in his Madaraka day speech in Kisumu where he took pride in major development projects undertaken by the Jubilee government in the Nyanza region in the recent past. Yet a few days later he was in West Pokot where he declared the Jubilee government a “failure”! Clearly in his campaign speech, he will say different things from two sides of the same mouth – take credit of Jubilee achievements where it suits him, but distance himself from its failures where it fits!

Talk is cheap. Going round exciting crowds with slogans like “hustler” and “bottom-up” is the easier part, says former ICT PS and now entrepreneurship lecturer at the University of Nairobi, Prof Bitange Ndemo.

DP allies have pledged to rev up the economy Kibaki style. Prof Ndemo, who served in Kibaki government laughs it off on grounds that it is concrete actions, not deceptive slogans, that made a difference in Kibaki time.

“Kibaki didn’t dish out wheelbarrows and cash,” says Prof Ndemo. “Actually in his day “harambees” were outlawed. He deliberately, but quietly, took definite steps that made a difference.”

He recalls: “First, Kibaki significantly crippled corruption networks; second he raised tax-collection nearly tenfold within two years, third he reined in on government borrowing from the domestic market. Suddenly, local banks were awash with money which trickled down to Mama Mboga and to the boda-boda rider.

That is the real bottoms-up economy,” says Ndemo.

He says if the DP ever had any plan for changing Kenya for better, he would have done it in the first Jubilee administration when he was “for all practical purposes the co-president” and his people run key ministries of Finance, Agriculture, Energy and Industries; while his friendly MPs Kimani Ichung’wa and Moses Kuria, chaired pro-change parliament committees like one of budget and agriculture, respectively. “So what is this they can do that they didn’t when they had all the opportunity?” wonders the Kieni MP.

5. Moving on in case he loses the prize

Unlike other presidential candidates in the 2022 contest, says political scientist and former cabinet minister Prof Amukowa Anangwe, the DP is in a unique position that comes with personal challenges.

As sitting Deputy President and Uhuru not in the race, he will be more or less the incumbent seeking re-election. No wonder leading opposition candidate Raila Odinga camp – and no doubt other presidential hopefuls - would like the DP removed from his position ahead of the 2022 ballot so that they all start from a level-playing ground.

But that can only happen if all parliamentary political parties are mobilised to pass a two-third majority vote of no-confidence in the DP. That isn’t too difficult a task given results of the pro-BBI referendum vote in both Houses of Parliament three months ago.

Otherwise, the status quo of the DP going to go to 2022 election more or less the incumbent, and the fact that he personally has never lost any electoral contest since 1997, says Prof Anangwe, presents difficult scenarios.

He lists them as: “Will the DP concede defeat or will he manufacture excuses and propaganda not to? Will he use laid down legal channels to challenge the results? Will he or his supporters be tempted to turn to extra-legal means to challenge the defeat, and what are likely consequences of that dreaded scenario locally and internationally?

Political analyst and International Relations lecturer, Prof Macharia Munene, says if he were to advise the DP – for free that is – the best option for him is to embrace the BBI and use it to his advantage.

In the proposed BBI expanded executive structure, says Prof Macharia, the DP has wiggle room to pick a running-mate from the Mountain region but still have positions to entice other key voter-blocs.

More importantly, he says, the BBI proposes a substantive position of the Leader of the Opposition which would give the DP not just a soft-landing in case he misses the ultimate prize, but also leave him in the same position of influence.

What Next For Kalonzo And Gideon? Possible Political Moves That They will Make (Opinion)

Here's The Only Village Where Men Are Forbidden In Kenya