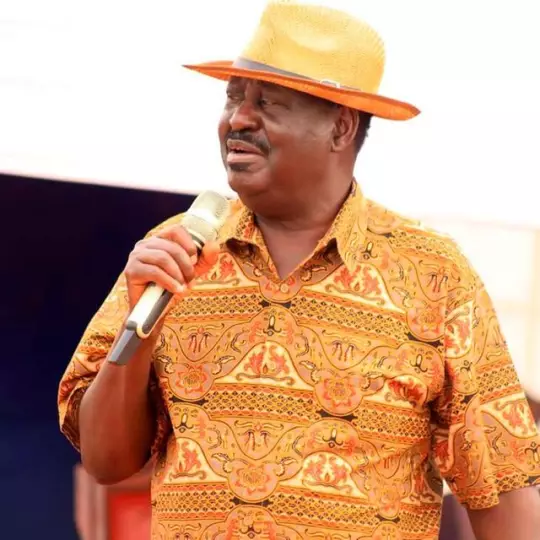 As time for Uhuru Kenyatta to retire from his office,many leaders are working hard to succeed him.Political commenter,Samuel Omwenga has claimed that the Orange Democratic Movement (ODM) party leader Raila Odinga,is the one who stands a better chance of succeeding President Uhuru Kenyatta in upcoming 2022 general elections.

Speaking to the Star Newspaper, Omwenga argued that the winner of next year's general elections must be the person who will be supported by President Uhuru Kenyatta.Most probably,Raila,who is Uhuru's handshake partner.

Raila might therefore be easily rigged in the next president compared to the Deputy President Dr William Ruto,who is only the other formidable presidential candidate.Despite of him being popular,many people are against him,his boss Uhuru Kenyatta being the first one.

Omwenga argued that Raila's close relationship with the Head of State during his second term in the office,that started when they shook hands has given him a big chance of getting the President's backing for the top seat.

While the Deputy President will not be supported by the President and he will try as much as possible to ensure that he is not getting any chance to succeed him.

"Ruto cannot win the presidency without the backing the backing or acquiescence of Uhuru and at least part of the system. If I were a betting person, I would bet on Raila being rigged in as our next President." Said Omwenga as quoted by the Star.

"Iam Leaving A Team I Love," Kenyan Center Back Send's An Emotional Message To His Fans

After Chelsea Won 2-0 Against Tottenham Hospur, See Top 4 Players of The Day

Top Scorer, Best Goalkeeper and Player With Most Assists In The English Premier League

Thomas Tuchel Reveals Why Mendy Missed Tottenham Match, Why He Might Not Play Whole of January 2022