Junet Mohammed Reveals The Dark Side Of Tangatanga, Stating Why They Attacked Him Over His Remarks 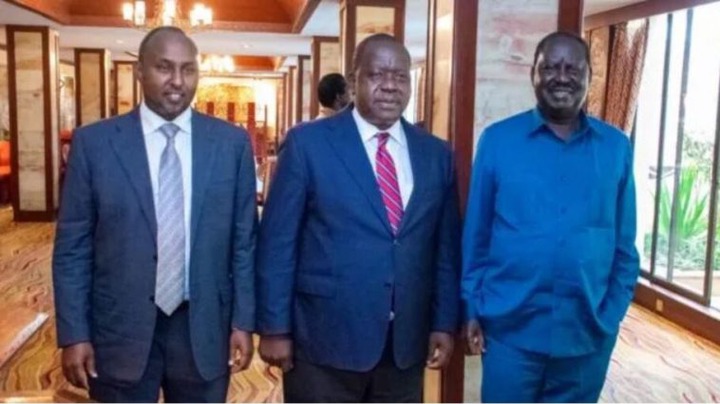 Suna East member of parliament Junet Mohammed has for the time come out clearly to defend his viral sentiment on social media. Junet who is the minority whip in the national assembly is the ODM leader Raila Odinga's right hand man both in Parliament and in public. Junet has been accompanying the ODM boss in his campaigns and functions.

Last week while in Nyamira county for a function hosted by Interior Cabinet secretary De Fred Matiangi which was attended by ODM leader Rails Odinga, Health Cabinet Secretary Mutahi Kagwe, Defend cabinet secretary Eugine Wamalwa, Junet Mohammed said that the if Raila Odinga wins the coming elections then the government will be for Nyanza people.

"Kama Raila atashinda huu uchaguzi, basi serikali ikltakuwa ya watu wa nyanzi, nyinyi wa central mtakuja Kama wageni, " Junet said. He added that that the central people have been having the government for almost over 20years and now it's time for the Nyanza people. His sentiments were however not taken lightly especially with their opponents that is William Ruto led team.

Therefore Junet Mohammed come in to defend his statements, Junet said that his statements were misinterprated, misreported, misdirected and blamed the tangatanga team who are not having a stand agenda for the Nation. According to Junet Mohammed, he was not talking about isolating anyone or any community and that his words were just to trying to excite the people, tell them that they need to be together. Junet Mohammed added that the tangayanga has been shaken with Raila climbing thepuntain because they believed the mountain was theres.

"What I said in nyamira has totally been blown out of context, been misinterpreted, misreported, misdirected...campaigns are local and I was addressing the Gusii community. My statement was not based on excluding anyone. I was trying to excited the people, tell them that we need to be together this time so that our numbers can be formidable as nyanza..I was speaking in Gusii land ,not even in luoland. I see people who are shaken, they thought My Kenya was their region but that changed when Raila visited. We are not people who change tune like tangatanga people..We stick to our agenda. Ever community, we give them the right information we have for them...I was not talking about isolating anyone...I have been to every Azimio function preaching peace, " Junet said. 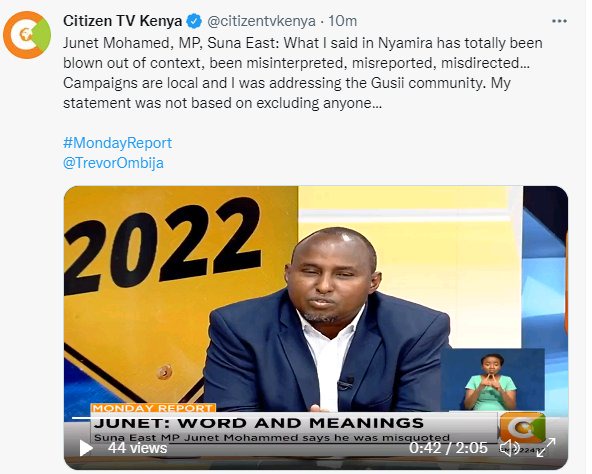 Watch the video on