By NewInKenya (self media writer) | 5 days ago 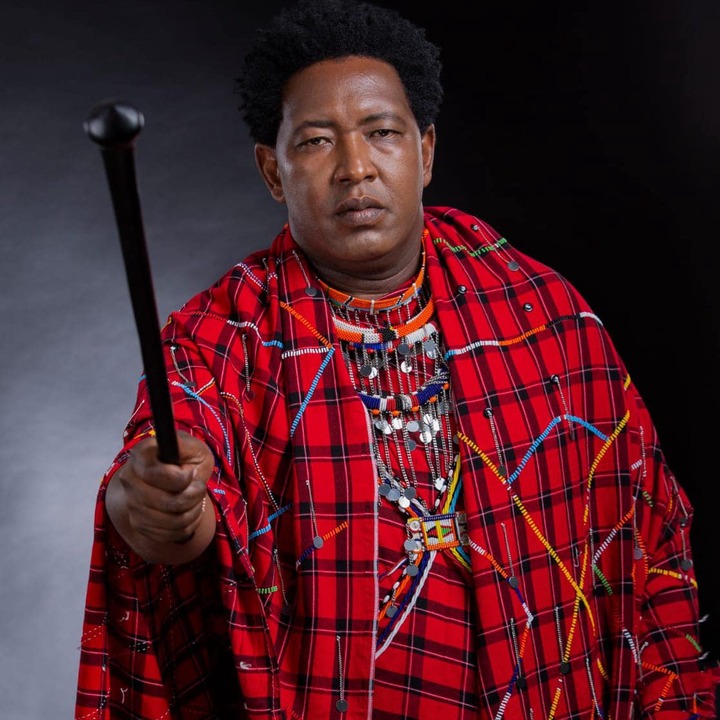 Speaking to the media during the inspection of the the stadium in preparations for the tour, governor Ntutu revealed that he has no business to inform the senator about the meeting. He described as a social media person and told him to have his Thanksgiving on the platform.

"Hakuna kitu tunamwambia, unajua yeye ni mtu wa TV hutatampata hapa kwa ground, yeye ni mtu wa social media na TV, so yeye ataomba huko kwa social media," The governor stated, this loosely translates to, there is nothing we will inform him, you know he is a TV person, you will never find him here on the ground, so he will pray pray on social media. 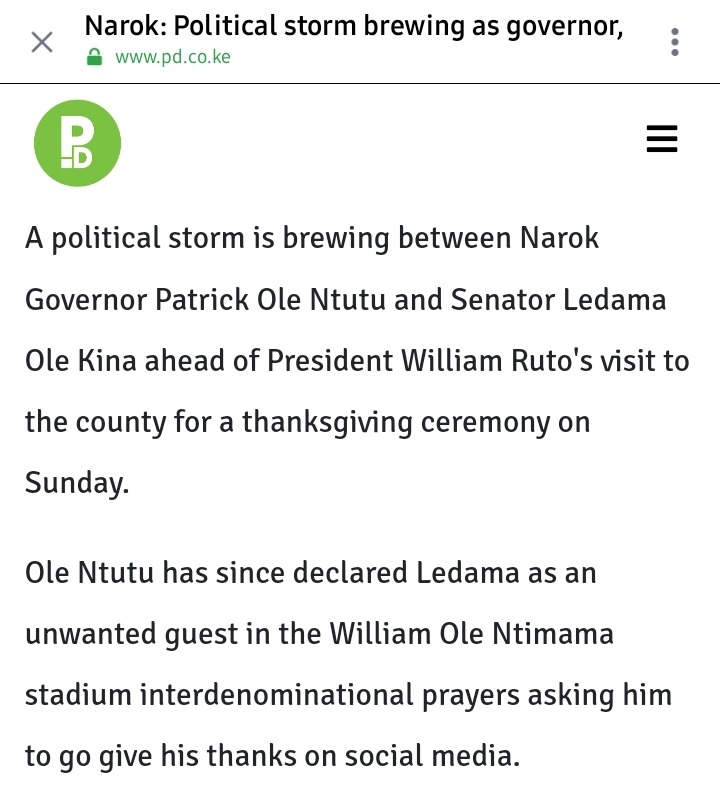 While Reacting to this, Senator Ledama Olekina stated that governor Ntutu can not bar him from attending any event in Narok county including the Interdenominational prayers scheduled for Sunday.

He accused governor Ntutu of panicking over an illegal project proposal that he (the senator) is exposing.

“Ntutu does not know that I have records of him issuing illegal tenders and his naivety over legal matters,” the Orange Democratic Movement party senator alleged.

Ntutu on his side stated that he has got no personal grudge with the vocal senator and told him to continue doing his oversight through the media since he is never on the ground. 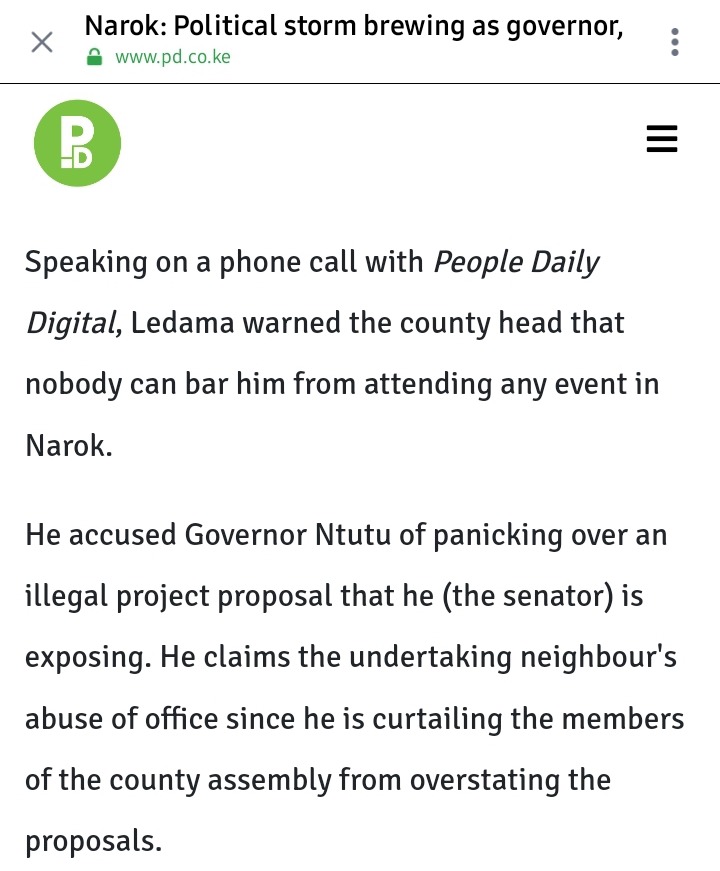 The Sunday event will be graced by President William Ruto, deputy president Rigathi Gachagua and a number of Kenya Kwanza leaders.