John Mbadi was among the many leaders who accompanied ODM leader Raila Odinga to Awendo Migori county where he was commissioning the opening of a KMTC branch in the area. When Mbadi was called to address the people, Raila was left guessing at their reaction after the MP attacked Migori governor Okoth Obado and Deputy President William Ruto.

Speaking in dholuo, Mbadi told Obado that he was not only competing with Raila but with the entire Luo community. He went ahead to state that in the past years there is no time that the Kikuyus have ever agreed to support them but now that the chance had presented itself, they should not loose it. 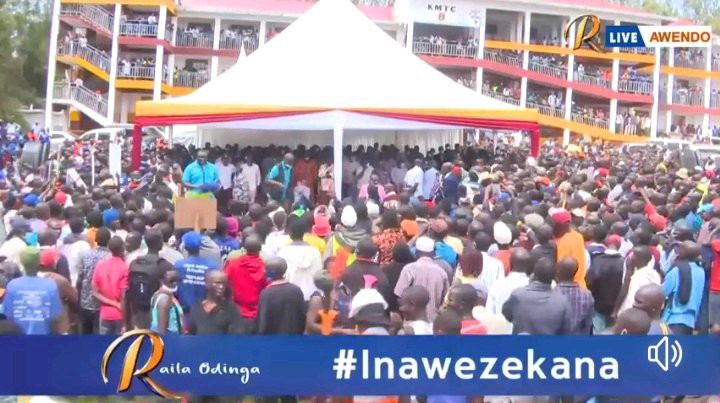 "There is no day the Kikuyu community have ever donated of voting for us except this once. We can not therefore joke to miss this golden chance," he said.

Mbadi further lectured Obado telling him this is the only time Raila has the best chance of winning. He also told the people that if they miss to win on 2022 elections, they might live never to get such a chance again.

"My message to governor Obado is that you are not competing with Raila but the entire Luo Nation because this is the only chance we have. If Raila doesn't become the president, then we may all die without seeing the presidency," Mbadi said as the large crowd turned wild filled with excitement.