By Humfrey (self meida writer) | 26 days

The ANC party leader Hon Musalia Mudavadi took a statement on Live television interview revealing what kenyans should expect from the recently formed One Kenya Alliance as the country heads towards the 2022 elections. According to Musalia, the OKA coalition is still in its initial stages of formation hence has a lot of background discussions as far as its sole direction is concerned. First, Musalia revealed his intention to put the ANC party's break-away with the National Super Alliance (NASA) in public immediately the new coalition is registered by the registrar of political parties of Kenya. According to him, a party can not be in two coalitions at the same time hence they will have to quit NASA before registering the One Kenya Alliance.

The ANC party leader was however reluctant to respond to the question of who will be the presidential candidate for OKA. He revealed that this was among the background talks the four principals have been having, which would be unveiled at the right time. He however expressed his interest for the top seat promising that he has the experience needed to move the country to another level. 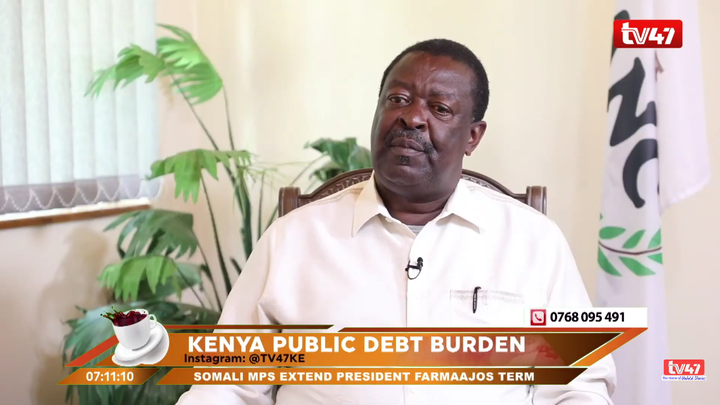 Finally, Hon Musalia revealed that the door into this alliance had not been closed. According to him, every politician or leader in the nation with a like mind is invited to the coalition. He also told Kenyans to expect more women leaders who will be joining the formation before the 2022 polls. Even though he was reluctant to give names, Mudavadi told kenyans to expect a fully packed alliance next year.

"As I have told you before this coalition has just started and is in its initial stage. Going forward we know that many women will join us. This is not a coalition for specific people, every leader including women, youth, the old, all of them are free to join." Mudavadi told the TV 47 anchor.