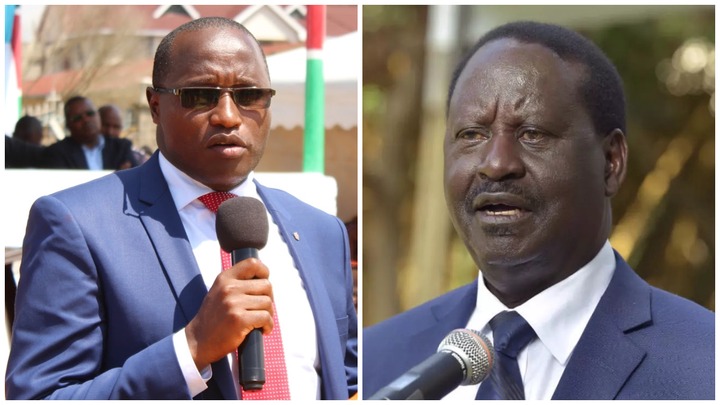 Ugunja Member of Parliament Hon Opiyo Wandayi, has blasted the Deputy President Dr William Ruto's ally on a live interview after linking Raila Odinga's name with the new political movement called Strugglers Movement, which was unveiled yesterday by a group of young people.

Speaking on an interview with Citizen television, Wandayi accused Nyeri County Speaker John Kaguchia for keeping on mentioning Raila Odinga's name in a place where he is not even supposed to be mentioned. He therefore went ahead by saying that Kaguchia is just obsessed with Raila Odinga's name.

Therefore, he cannot link the new movement with Raila saying that it is Raila's movement. "I don't understand why you (Kaguchia) are so obsessed with Raila Odinga. You cannot fix Raila's name to a place where he is not even supposed to be fixed. I don't understand why you can just decide to say that the new movement Strugglers Movement is a Raila's movement." He said.