By KennedyMutunga (self media writer) | 2 months ago 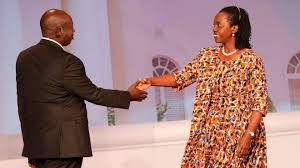 Martha Karua was taken into task by Gachagua over her decision to quit Kibaki government during the Deputy Presidential Debate. Source/Courtesy.

Kenya Kwanza running mate Rigathi Gachagua has doubted Martha Karua's ability to deliver as deputy to Azimio's Raila Odinga presidency. While citing her inability to stick with Kibaki. He termed Karua as a person who is unable to tackle challenges.

This is after Gachagua argued that Narc Kenya leader had abandoned Kibaki's government after Raila gave her hard time.

"Any leader who couldn’t work with Mwai Kibaki. I have serious doubt they can work with anyone else. Mwai Kibaki was a Gentleman. Karua is a quitter," Gachagua posited.

Albeit, Karua was of different opinion on her drastic action. She noted that she exited due to her values. While maintaining that she has good relationship with Raila Odinga.

"I resigned on principle. Whatever dynamics there might be. Later on I worked with Raila. We were friends of CORD and worked together in 2017. I did not indicate they are the ones perpetrating corruption individually," Karua defended her exit. 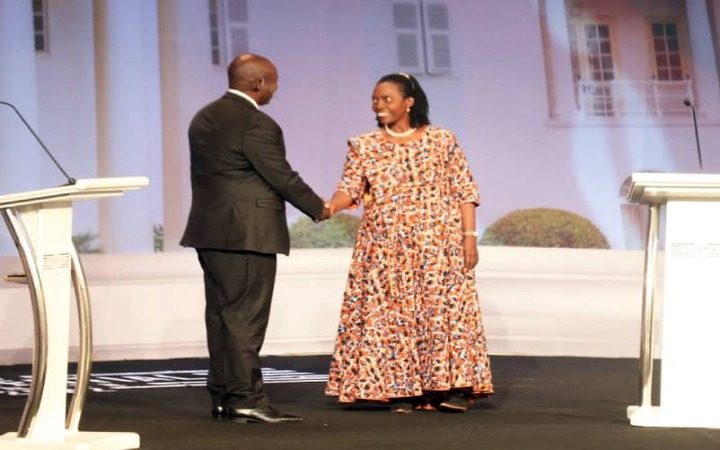 This was contrary to her initial stance regarding Raila's style of politics and values when she resigned.

That notwithstanding, Karua argued that her resignation was occasioned by Kibaki and Raila inability to fight corruption.

Though she promised together with Azimio presidential aspirant Odinga, to fight corruption menace and fill all the loopholes.

"But with the Karua and Raila ticket we will fight corruption. Raila and Kibaki disagreed but they resolved their issues privately. That is what people who have respect for the public do," she noted during a televised Deputy Presidential debate on Tuesday night.