VIDEO: Drama In Moyale as Supporters of Aspirants Exchange Blows During Raila’s Rally 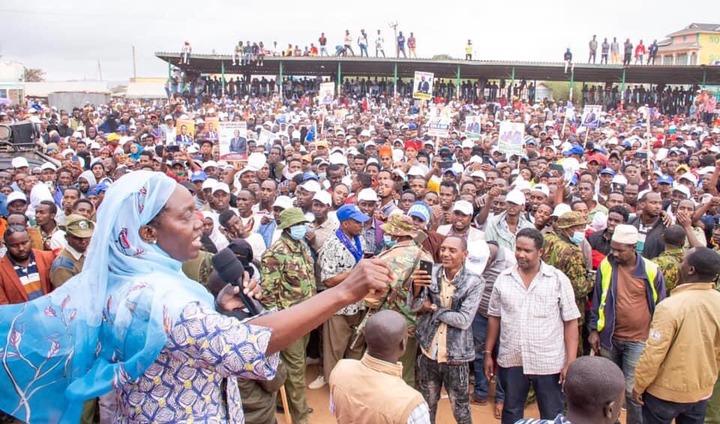 Citizen TV reports that the fracas erupted as CS Ukur Yatani was addressing the gathering.

In the viral video, supporters were spotted exchanging blows while others rungus they were carrying to launch their defensive and offensive attacks.

Police officers who were on the round to maintain law and order were forced to lob the teargas at the fighting groups to disperse them.

However, the chaos did not last long before normalcy was restored. Raila was able to talk to his supporters before he proceed to Marsabit town

*Moyale has decided that they are in Azimio)

Click the video below to watch how the drama unfolded.

Boni Khalwale Welcomes Another Baby To His Large Family

"My Employees Ruined My Business, They Stole From, I Had To Start Over Again" Phoina Narrates

You Have Been Doing It Wrongly, This Is How To Clean Your Ears Correctly