Former Leader of Majority in the National Assembly Adan Duale has stirred a hornet's nest by referring to the Governors who endorsed Raila Odinga in Naivasha on Monday as thieves. 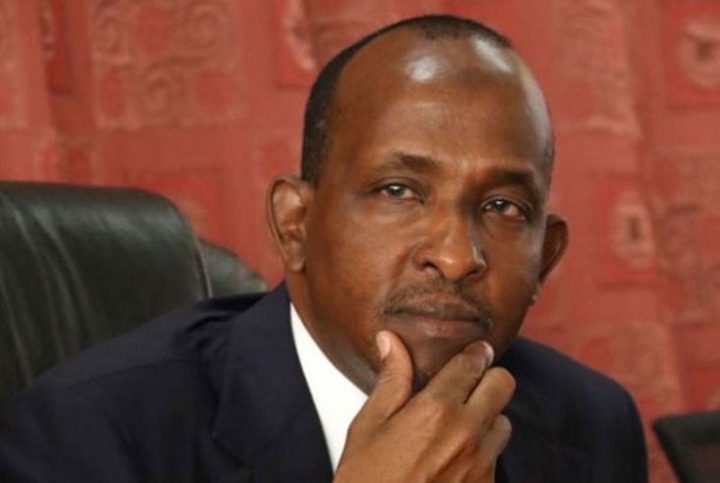 In a long thread on Twitter Duale discounted the Governors as having been sanitized by Raila after embezzling funds from their county governments.

The response that Duale got from Kenyans on Twitter was swift and instantaneous with numerous video evidence some showing Bony Khalwale while he was Kakamega Senator asking Mr. Ruto to tell Kenyans where he got money to purchase three helicopters, buy a beach hotel and own thousands of acres of land from a government salary. 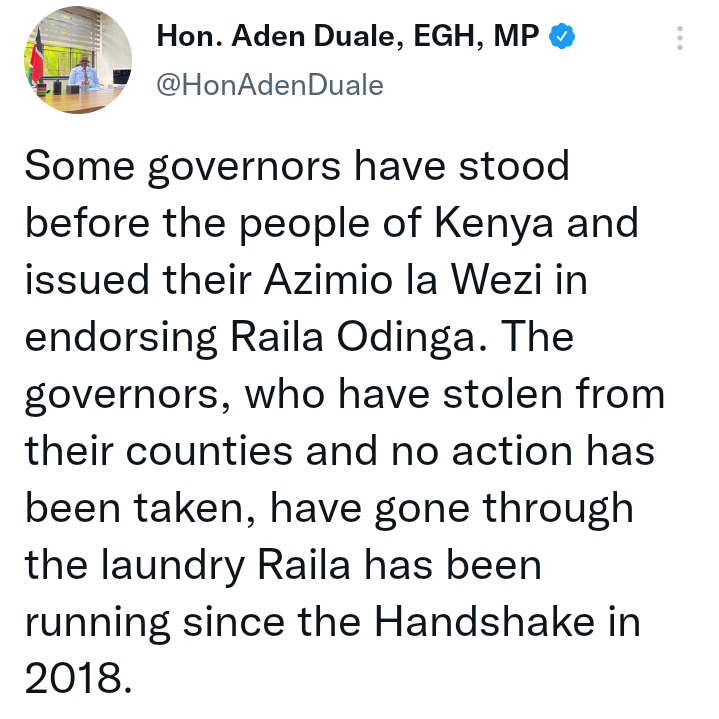 Another video clip showed Johnson Muthama while he was in the Wiper Democratic Movement Party describing the Deputy President as a land-grabber while another was of Ruto describing Ann Waiguru as a thief following the loss of hundreds of millions from NYS.

Whatever Duale wanted to achieve by crying 'thief' toward the Governors boomeranged since it's obvious Khalwale, Muthama, Waiguru and Ruto are all hanging out together in UDA Party.

One. Kenyans suspicions that several Governors have been remitting 'protection money to leading politicians have now been confirmed.

Two. Although the name of Deputy President Dr. William Ruto is often associated with graft he is not alone in pillaging public funds.

Nonetheless, if the 30 Governors be stood in one line against politicians in the UDA camp they will look like saints. When Duale shouted thief some of the names that quickly came to mind are associated with him in UDA Party.

Perhaps it was wrong for Duale to shout thief as that has now brought him into the public limelight.

On the afternoon of June 13th, 2018, some 21 tonnes of imported sugar were seized on Mombasa Road en route to a godown in Eastleigh. Detectives from the DCI confirmed that the consignment belonged to one Adan Barre Duale, Member of Parliament for Garissa town.

The contraband sugar had expired and was headed for repacking. When a sample was remitted to the government chemist the sugar was found to have not only expired but developed toxicity levels that made it harmful if consumed by humans. 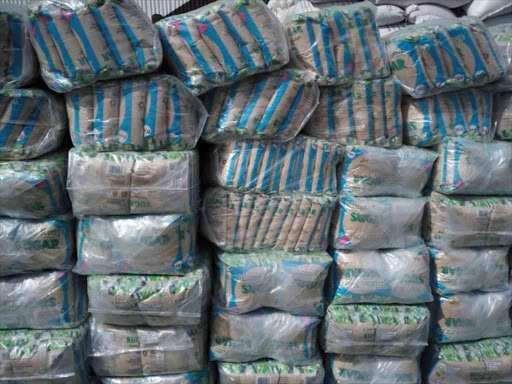 Duale's consignment of poisonous sugar was photographed in a godown in Eastleigh on 13th June 2018. Photo | Courtesy.

Duale made a lot of noises and threats about suing the government for destroying the poisonous sugar. He never followed up on the same threats.

Yes, the 30 Governors may be thieves, for all we know, but I shudder to think of what would have happened to Kenyans who unknowingly would have consumed Duale's poisonous sugar.

What Karua Did After Hawker's Request in Meru [Video]