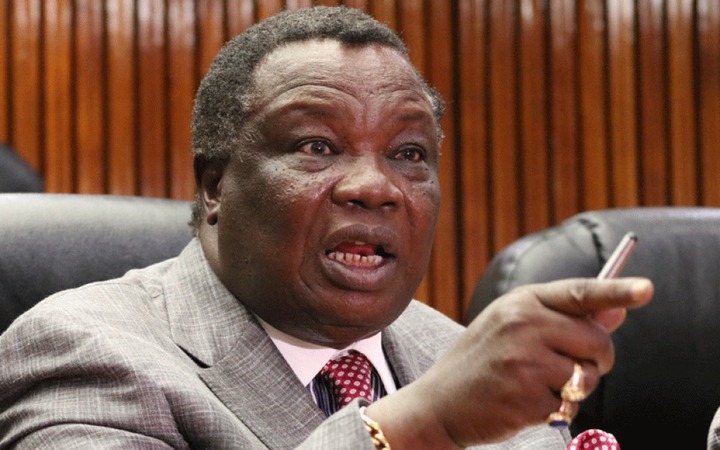 Francis Atwoli is one of the most vocal supporters of Raila Odinga. He has made several rallying calls and slogans that have been used to galvanize Raila's presidential bid. His slogan 'In whose hands are we safe' has been used to paint Raila as a candidate who can fight corruption.

Today Francis Atwoli has taken his campaign a notch higher. In front of an ecstatic crowd, he has given his wife a special assignment. He has tasked her of waking up early in the morning on 9th August to make sure all women go to vote for Raila Odinga.

Atwoli has said the wife must do that to protect him and other Kenyans from alternative presidency. He has said that only Raila Odinga is concerned about welfare of the nation. The crowd cheered hysterically as Atwoli's wife accepted to wake up fellow women on August to go vote for the former prime minister. 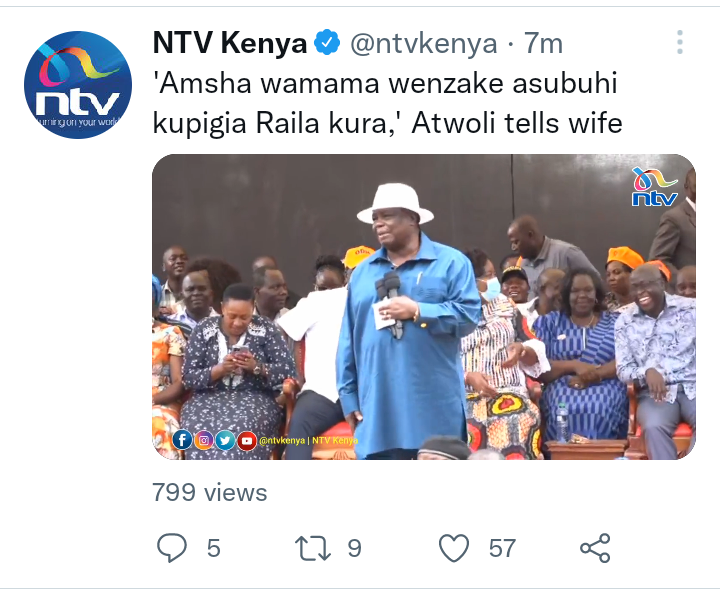