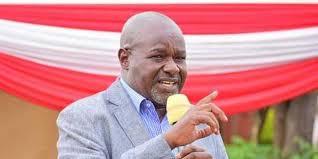 Chebukati while announcing that Ruto had emerged the winner with 7.1 million votes, against his main rival Raila Odinga who got 6.9 million votes, revealed that there have been harassment and intimidation towards the commission staff.

Raila and his Azimio la Umoja One Kenya Alliance have since dismissed the presidential results, stating that they will be filing a petition against Ruto's win at the Supreme Court.

Speaking on Thursday with TV 47, Kositany said that the 2022 polls were very transparent compared to the past polls, saying that the commission's decision to put the Forms 34As at the IEBC portal was a great move that will save Chebukati if Azimio indeed moves to Supreme Court. 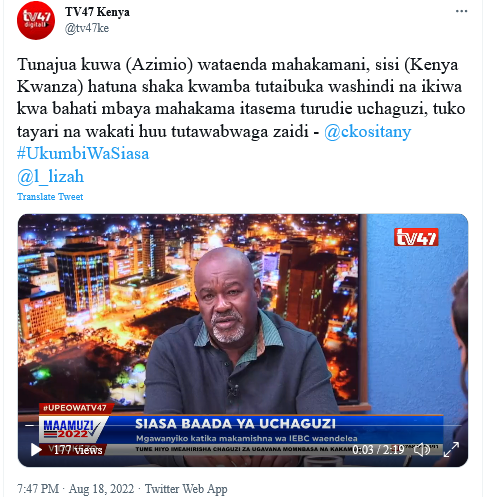 Kositany said that the presidential petition of 2017, stated that the tally at the polling stations is final, and that if the Azimio team were satisfied with the results, then there will be no case to answer.

He went on to say that should the Supreme Court judges be convinced that there were some irregularities, overturn Ruto's win, and call for a repeat elections, Ruto will win again with a very big margin.

"According to us, the polls were very transparent, and we do not see any reason why one should go to court, but that is their democratic right. Putting the results at the IEBC portal was a good deal since everyone can access them."

"We are confident that we will emerge the winner at the Supreme Court, and if they direct a repeat election, I am sure we will get more votes than we got," he said.

"Utanyima Wengine Fursa" Harmonize Told After Releasing Back To Back Hits

Family Ask's DP. Rigathi Gachagua To Honour His Promise Of Helping Them Find Their Missing Son