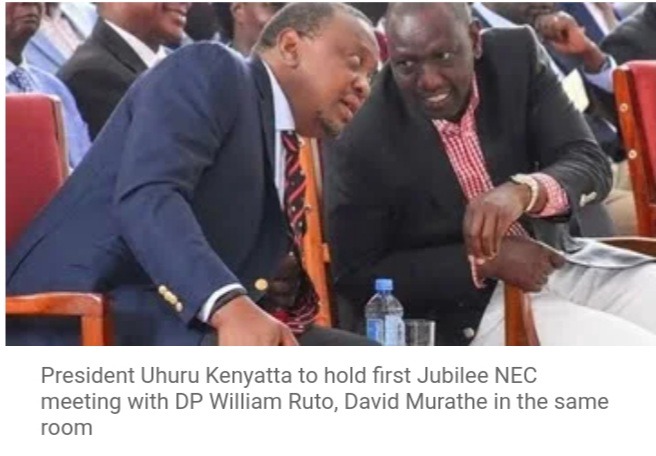 Deputy President William Ruto has lead Kenyans in wishing President Uhuru Kenyatta happy birthday, and prays for his success as he guides the nation.

The Presidential hopeful while taking to his official Facebook page prayed to God to continue guiding President Kenyatta as he takes the country to greater heights.

"Please join me in wishing our leader, the PRESIDENT, His Excellency Uhuru Kenyatta, a HAPPY BIRTHDAY, and to pray for his success as he guides the nation towards a greater promise. God bless you, Sir;To many, many more!" Deputy President William Ruto posted on his Facebook page. 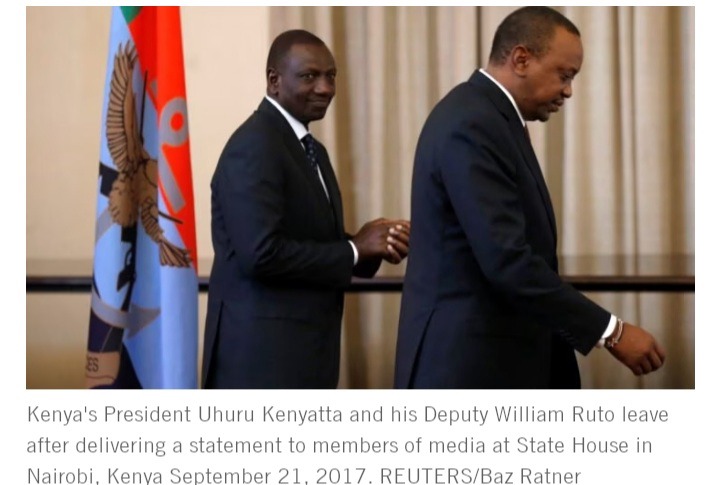 Apart from being the head of president Kenyatta's birthday, it also holds a special place in his heart as the day the two were reelected for a second term in their offices.

On March 4, 2013, Kenya conducted its first general election, under the new constitution promulgated in August, 2010 and president Kenyatta was elected as the fourth President of the Republic of Kenya with Mr William Ruto as his Deputy.

Both President Uhuru Muigai Kenyatta and Deputy President, William Samoei Ruto were re-elected for the second time under the new constitution on 26th October 2017 and the two will hold office until the next General election expected to be held in August 2022. 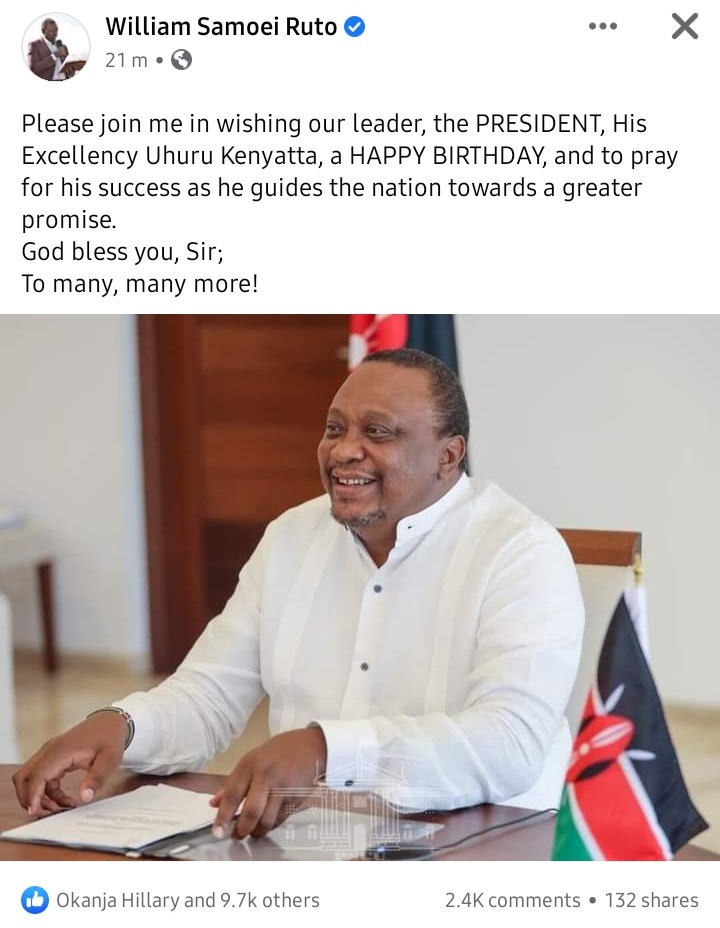