By Cpatterson (self media writer) | 10 months ago 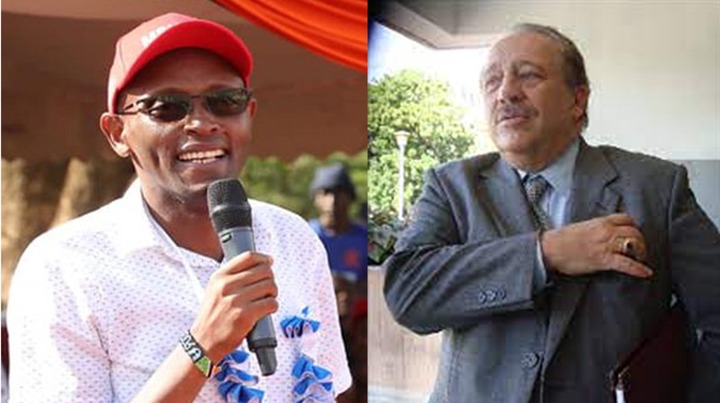 Taita Taveta governor Granton Samboja has been exposed for telling lies to gain votes as the general elections approach.

Of late, the governor has retargeted his lies on the Machungwani land. Leased to the two-term former Taveta MP, Basil Criticos, Machungwani land has been a hotly contested matter riddled with incitement, lies, and racial slurs.

This week on Thursday, while addressing a rally at Taveta, Mr. Samboja swore that as long as he lived, the Machungwani land will never be leased again to Mr. Criticos.

“I assure you about the letter I wrote to NLC. As long as I’m alive, Machungwani land will not revert to the mzungu,” said Governor Samboja.

The statement bordered on incitement, intolerance, and racism targeting the person and property of Mr. Criticos, a Kenyan by birth but with Greek ancestry.

Pedaling back, Machungwani land was used by the former governor, John Mruttu, to incite people and vandalize property. It seems that governor Samboja is reading from the same script of the witch-hunt to woo Taveta voters.

“In the last political term, former governor John Mruttu incited locals to attack and destroy property on my farm. It’s a pity that once in every five years people have to be lied to and used for political gain,” said Mr. Criticos.

All these unfortunate circumstances stalk Machunwgani's land despite Mr. Criticos' continued remittance of land rents to the national government and land rates to the county government.

The Machungwani land was due for lease renewal in 2010. Mr. Criticos applied and waited for a response.

In February 2018, a majority of the county members of the assembly (MCAs) wrote to the governor an approval letter for the renewal, and an accompanying PPA2 form was issued. The letter bore the signatures of the MCAs in support of the renewal.

Later, Mr. Samboja flipped the coin and said that Mr. Criticos and his company had acquired the document fraudulently. Another lie.

In our possession are the said documents with authentic signatures of the MCAs. But because this is a matter before the court, we found it prudent not to share them here.

The Machungwani land court case is due on 11th April 2022 and one of the respondents is governor Samboja. Like many cases that have demanded his presence, it is highly likely the governor will not appear before the court. The reason is simple. He only has a castle of sand lies to argue the case.

According to pundits,inciting the people Taveta and targeting racial slurs to Mr. Criticos, was stooping too low for the part of the governor.

It should be noted that the alleged squatters at Machungwani were never there when the land was leased. These are people, who have migrated from other areas and ride on the politics of division and incitement to claim ownership of the land.

Out of a good heart and for the well-being of the squatters, their status of being squatters notwithstanding, Mr. Criticos set aside 2,000 acres in AFC area in 2017 to be distributed among the squatters.

The Machungwani land is a conservation hub, a testimony to the thriving forest and a range of wildlife. Hundreds of locals are employed and thousands more directly and indirectly make a living out of the investments by Mr. Criticos.

With climate change turning arable land into bleak wastelands, it should be a pity that politics should be used to defeat environment conservation efforts.