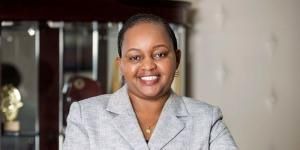 In an interview with a local daily published on Sunday, October 17, the Kirinyaga governor stated that a majority of the Mt Kenya residents connected more with Ruto and the United Democratic Alliance (UDA) because of political messaging.

Waiguru explained that Ruto had taken his time to create a connection with the people of central Kenya through his numerous visits to the region and engaging in development initiatives.

"You see, the reason Ruto is very popular in Mt Kenya is that he connects with the youth. They even say with emotion and passion that Anatufeel," she revealed.

Waiguru who is serving her first term as governor went ahead to claim that the handshake was an added advantage to the DP, noting that he listens to the needs of the people.

"In the last four years when those guys were going around the country selling the Building Bridges Initiative (BBI) and the Handshake, Ruto camped there and was present. He connected with them," Waiguru claimed.

The 2022 gubernatorial aspirant, who has recently indicated that she is open to working with the DP, further explained that many people from her region felt that they owe Ruto because of his active role in President Uhuru Kenyatta's statehouse bids.

"They also think he has played a very huge part in President Uhuru being in office for two terms," she explained.

She defended her sentiments stating that politicians go to parties that secure their election.

"They (Uhuru and Raila) had both been fired from the Cabinet in 2005 by the then President. But in the 2007 elections, he (Uhuru) jumped ship and left Raila," she defended her stance.

Waiguru further asserted that the pattern of voting in Mt. Kenya would be different in the 2022 General Elections, citing the region’s challenge in finding a political kingpin.

"Those who are planning succession think that if they get somebody from Mt Kenya they will carry the votes to either Raila or Ruto. They are wrong. People are no longer beholden to tribes. The young generation has upset that arithmetic. Young people are telling us that this time round they will be the ones to tell us where to go," the governor asserted.