By RealGithiri (self meida writer) | 3 days 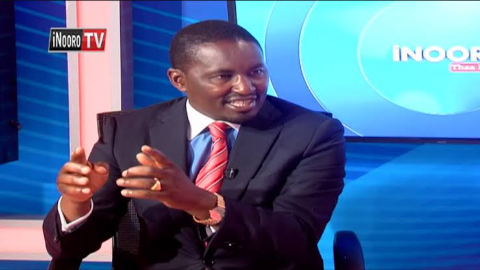 On Sunday evening viewers of Inooro Tv owned by Royal Media Services were lucky to be graced by TSP party leader Mwangi Kiunjuri. The former agriculture cabinet secretary brought his knowledge in politics to the vernercular Kiririmbi show.

Since his unceremonious removal from the agriculture docket, Kiunjuri has been fronting as Mt Kenya region next leader under his party. Kiunjuri who enjoys support from the deputy president William Ruto was on Sunday evening discussing the inner happenings of the BBI in the vote rich region.

Kiunjuri first commented on the issues sorrounding BBI. He spoke of the document being subjected to scrutiny by both leaders allied to the handshake principals president Uhuru Kenyatta and former prime minister Raila Odinga.

In his Kikuyu dialect, Kiunjuri broke down the differences between leaders who felt the additional 70 constituencies would benefit Mt Kenya region more than other regions in the country.

He also refuted claims that the newly formed political party UDA isn't a national party since it has not gone into any general elections. He confirmed ODM was the only national party in Kenya.