By Vinnelite (self media writer) | 2 months ago

High Court in Zimbabwe has ordered for the exhumation of Robert Mugabe's remains after finding it out that his burial rites as the former head of state never adhered to.

After Mugabe died in Singapore in 2019 aged 95, a standoff ensued between the government and his family over his final resting place, stretching for nearly three weeks. He was the founding president.

Earlier on, the court had ordered for exhumation but it was halted after Mugabe’s children challenged Chief Zvimba’s controversial ruling, claiming he acted outside his powers when he found former First Lady Grace Mugabe guilty of violating tradition by burying their Dad at his homestead. 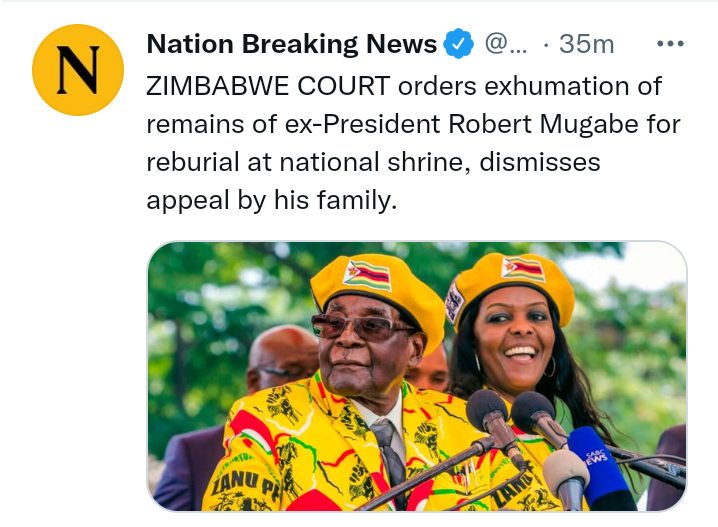 Dismissing the appeal, the traditional leader said he was “giving powers to those who are permitted by law to exhume Mugabe’s remains from Kutama and rebury them at the National Heroes Acre in Harare".

Mugabe's children however registered their dissatisfaction with the ruling saying “making an order that affects property rights of a party that is not part of the proceedings”. 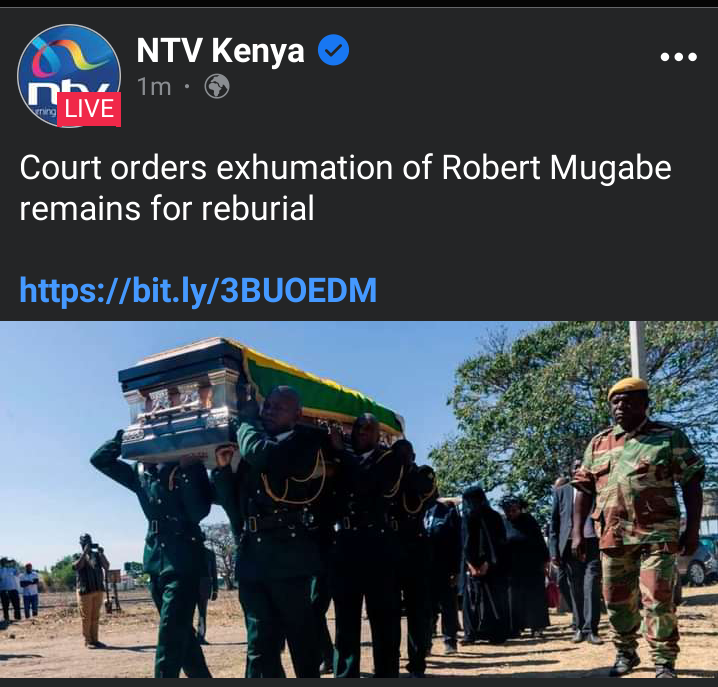 They blamed the chief for making a “false finding of fact, which amounts to an error at law when he found that the late Robert Mugabe was buried inside a house".