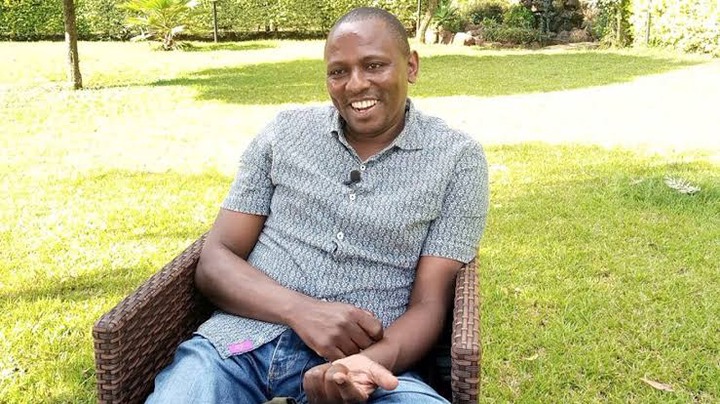 Kikuyu constituency Member of Parliament Kimani Ichung'wa has finally spoken of a meeting that put him in trouble with the 'Power That be'.

According to him, he met officials of the International Monetary Fund and that was the beginning of his troubles in the Jubilee government.

By then, he was the chairperson of the powerful Parliamentary Budget and Appropriations Committee that would later be taken over by Kieni constituency member of parliament Honourable Kanini Kega.

He met with officials from IMF who disclosed the trouble that Kenya was putting themselves in with the skyrocketing dent burden due to high borrowing rate. 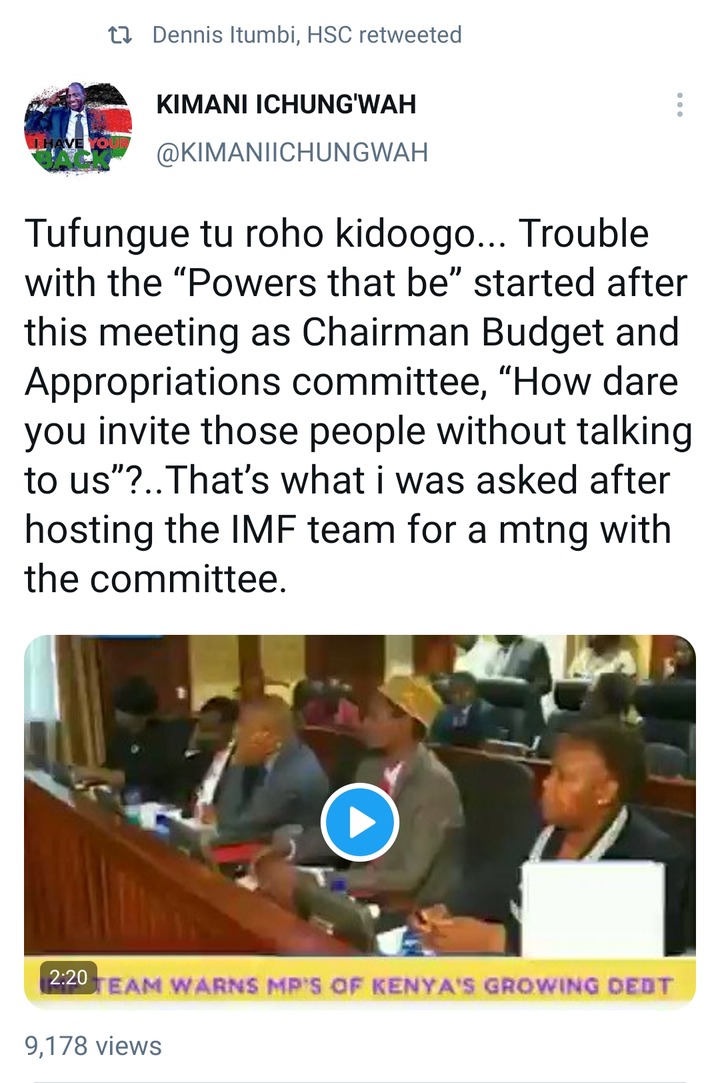 Later on, he would be questioned on why his committee decided to hold a meeting without informing the relevant authorities of the government.

According to him, the meeting was the mother of all the troubles that followed him later on including the unceremonious removal from his position through a meeting convened by president Uhuru Kenyatta.

Sad: Rashid Abdalla Remembers His Late Father As He Pens Down A Heart Warming Message For Him