By Koiwangui (self media writer) | 1 month ago

Shortly after the chair of the Independent Electoral and Boundaries Commission, Wafula Chebukati, announced that William Ruto would be the next president of Kenya, certain leaders in Azimio gave hints that they were dissatisfied with the results. The tweet "It's not over unless it's over" was tweeted by Martha Karua, who is Raila Odinga's running mate. This transpired as a direct consequence of several rumors circulating that the Supreme Court would hear the case. 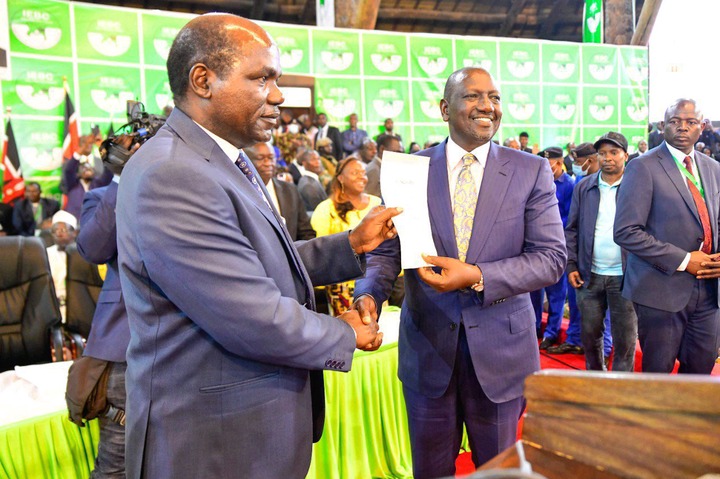 Donald Kipkorir, a lawyer who has ties to the Azimio One Kenya alliance, has also predicted that the Supreme Court will hear the case and overturn the elections. After dropping a few hints about possible reelection after sixty days following a judgment from the Supreme Court, he stated that the outgoing President Uhuru Kenyatta will remain in office until November.

It is well known that the party that comes in second place in an election in Kenya disputes the results in the highest court in the country. We may proceed, in the same manner, this time. Everyone is still holding their breath in anticipation of an official announcement.

Content created and supplied by: Koiwangui (via Opera News )