By NewsYako (self media writer) | 6 days ago

Roughly 10- months to an election, the deputy President William Ruto and ODM Party leader Raila Odinga seem to have begun to flex muscle, notably, as they storm different parts of the country.

On Sunday, Oct 10, The duo attended different church services and thereafter, took their campaign trails off the altars. 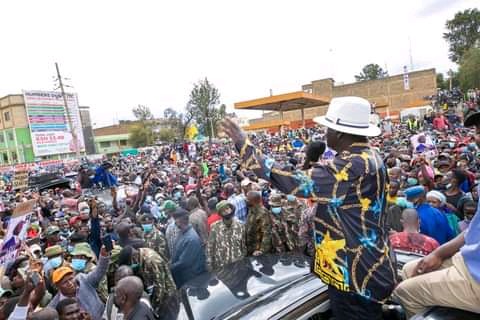 The Opposition chief, was today a host to Nakuru county where he received a heroic welcome. Where he addressed People of Subukia and, later, Nyahururu.

The former premier was welcomed by county Governor Lee Kinyanjui, among local leaders. Also, Odinga was accompanied by his close allies drawn from his backyard Orange Democratic Movement (ODM) Party. 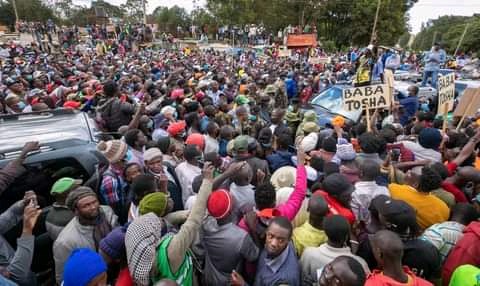 However, DP Ruto took his ‘hustler’ narrative to Isiolo county in bid to woo support of the residence.

In the morning, he attended church service at St. Eusebius Cathedral before he stormed the region in a Road-rally. 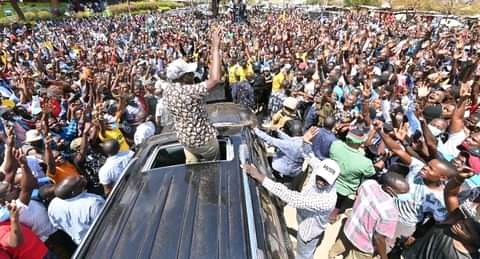 The deputy President has already declared his Interest to succeed President Uhuru Kenyatta while Odinga is at balance, who say will announce his candidature after he receives a go ahead from Kenyans.

Previously, according to the source that spoke to The Star Newspaper, had alleged that Raila Odinga will be expected to inform the country and supporters about his 2022 by end of October. 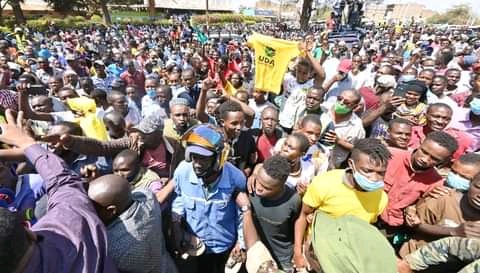 According to Ruto, Presidential election will never be decided by few individuals but rather electorates.

In the other hand, Raila Odinga had previously refuted endorsement allegations saying, the people of Kenya know whom they will elect.

In the much anticipated 2022 general elections. Between the two, who will blink first? Who will walk out victorious? Kindly don't forget to share, comment and above all to leave behind a comment.