A former youthful politician is reportedly having the toughest time of his lifetime. This is after the vocal legislator missed out on President William Ruto’s 22-member cabinet nominees announced on Tuesday. Sources privy to this story have intimated that the former lawmaker was so sure that he would be appointed to the cabinet that his only concern was which ministry he had been allocated. 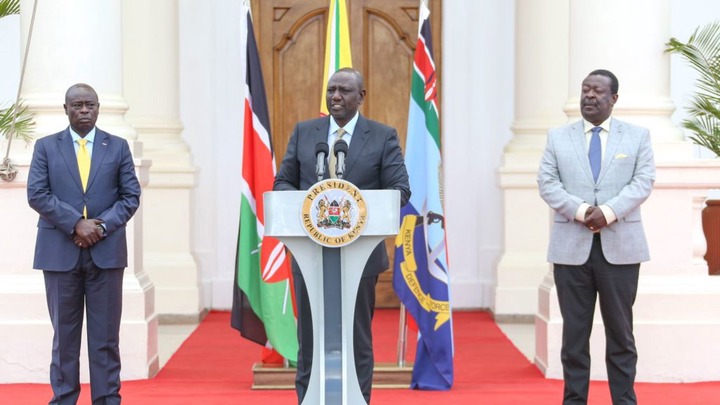 Word has it that before the elections, the former parliamentarian was forced to drop his gubernatorial bid and support another candidate and was instead promised a cabinet secretary appointment. When he got word that the president was about to name his cabinet, he called his friends and asked them to meet him at a popular entertainment joint in the city to celebrate his imminent appointment.

While the head of state was naming the lucky individuals who had made it to his first cabinet, the politico was waiting with bated breath to hear his name. Unfortunately, he missed the cut.

One of his handlers has noted that after the president ended the presser, the man broke down into tears and prayer. A come-together that was initially intended to be a mega celebration turned into an awkward moment as his friends stood there helplessly watching him pray.

After several minutes of intense prayer and submission of his supplication to God, the politician stood up and assured his allies that he will still bag another lucrative appointment. He promised them that he will talk to the President personally and remind him of the promise and he knows he will not let him down.

Since that day, the former politician has been in a race against time to seek an audience with the head of state before he releases the list of the remaining appointments. He is currently eyeing a principal secretary, cabinet administrative secretary, or head of parastatal job.